Biking in luxury from Prague to Dresden

Prague to Dresden: along the Elbe with dream nights in luxurious castles and palaces with four stars

The special feature of this scenic tour is the overnight stays along the Elbe: you will spend the nights in luxurious castles or palaces. You will spend the night in spacious rooms or suites. Most castles have beautiful wellness areas, where you can relax at a very high level at the end of the day. All hotels have excellent restaurants with very good chefs who know how to prepare a wonderful meal. The extensive wine lists are filled with excellent wines. For this reason, the trip is offered without half board. Here you see the first two noble addresses:

You will start in Prague, the capital of the Czech Republic with a lot of cultural highlights such as the Cathedral, Jewish town, the astronomical clock, and the oldest university in Central Europe. From Prague Bohemia, and later on also Moravia, have been ruled by kings and emperors for centuries, later on by a democratically elected government.

You will cycle out of Prague following the Moldau river. The nobility wanted rural retreats close to Prague, so on your first day you will come across a lot of chateaus. You will reach the Elbe river shortly before the wine town of Melnik, which sits majestically on top of a hill where the Elbe and Moldau meet. Then you will cycle through the agricultural heart of Bohemia, owing its existence to the fertile soil transported here by the Elbe river. You will have a chance to climb on top of the Rip mountain, a holy mountain to the Czech with a 12th century chapel on top. Shortly before Litomerice you will cycle through Terezin, a beautiful fortress city with a dark past. Then you will reach Litomerice whose inner city is declared national heritage, visit the tunnel system underneath the city to get a good feel of what mining in the middle ages was like.

After Decin you cycle into the Elbe sandstone valley. The river has carved out its way in the sandstone rock, creating beautiful sandstone ridges at the top of the valley and rugged rocky outcrops, whilst the valley slopes slopes are filled with lush green forests. Shortly after leaving the valley you will arrive in Dresden, with its amazingly beautiful old city centre.

The cycle-route runs parallel to the river most of the time, sometimes the route deviates to visit a beautiful site. You will cycle most of the time on bicycle paths, and sometimes on rural roads. The route is flat, which is an exception in a country where the hills follow up each other row after row most of the time.

At the castle hotel you will get everything you need, such as route-directions, vouchers and rental bikes.

From the hotel you can walk to the nearby public transport network or take a free hotel transfer to the train station. Prague is the capital and one of the oldest cities in the Czech Republic. Archaeologists have discovered that this area has been continuously inhabited since about 1500 BC and it goes without saying that Prague has a lot to offer in terms of culture.

The first day is a day off, so you have plenty of time to explore this beautiful city. The excellent public transportation brings you everywhere. Prague has many nicknames such as the City with a Hundred Towers, and is visited by many tourists from all over the world. There are many highlights in this city such as King Charles Bridge, with its famous statue’s and many artists. From here you can see the Fortress and the Cathedral look after the rest of the city. You can visit the old Jewish Cemetery with old untouched graves, or visit St. Wenclas market square with the famous astronomical clock.

Writer Franz Grillparzer had an explanation of why the town has a magical attraction: ‘’Prague embodies the existence of the old and ancient values next to the new and dynamic world in such a small area, a story told in the form of buildings.’’

In Prague you follow the Moldau through the center to far outside the city. Just outside Prague lies the first castle of this route: Troja, the beautiful castle gardens are definitely worth a visit. You will then cycle through the Moldaudal valley for a while until you cycle through Klecany via small roads to Liblice Castle, which is a few kilometers away from Melnik. The food and the wines are spendid in this castle hotel; the kitchen won the national award in 2017.

Your bike trip takes you today from Liblice to Litomerice. The flat stretch takes you first to the river Vltava and Elbe. From the small high promenade you can see how the rivers Elbe and Vltava in Melnik become friends. Ludmila, the northernmost wine of the Czech Republic, is cultivated on the hill. Southeast of Roudnice rises the 456 metre high Rip, the symbol of the Czech nation. Legend has it that Cech/Czech, the ancestor of all Czechs, used it as a starting point for his people. Shortly before the bishop town of Litomerice you can visit the Terezin Memorial. This village was built in the 18th century as a fortress and in the 2nd World War it was a ghetto for the Jewish population. Litomerice is one of the oldest towns in Bohemia. It lies in a fertile lowland on the Elbe and Cheb rivers. Litomerice enchants with its harmonious square, surrounded by town houses of different architectural styles.

The overnight stay takes place in the most luxurious hotel upon the hillside at Usti nad Labem, with a beautiful sight on the river Elbe. The 20 miles transfer from Litomerice to Usti nad Labem is included, but if you wish you can cycle these miles yourself.

The picturesque town of Decin with its castle is the destination. The town of Decin is situated in the picturesque hilly landscape of the Bohemian low mountain range. Stroll to the famous castle ruin Schreckenstein. From there you have a wonderful view over the Elbe valley. If you wish, you can extend the trip with a scenic drive along the Ploucnice River and visit one of the most beautiful Renaissance castles in the Czech Republic in Benesov. Then it goes up to the hotel, where in a very small settlement an old hunting lodge lies with a uniquely beautiful wellness area. The menu of the restaurant is diverse and the wine list upscale.

Via the Elbe Sandstone Mountains you leave the Czech Republic via the left bank. At the border you have the possibility to take a ferry to the Czech Republic and in the border village Hrensko some purchases to do. Shortly afterwards you are in Bad Schandau, a German spa along the Elbe. Via bizarre rock formations, the course of the Elbe leads you along the impregnable fortress Burg Königstein, with the most beautiful views of the Elbedal, which forms a canyon here. You will cycle on to the fairy-tale Pillnitz castle hotel on the Elbe, just before Dresden. You will stay 2 nights in this 18th century castle that lies directly on the Elbe. This upscale hotel has a particularly good cuisine and excellent wine list. Don´t forget to visit the former summer residence of the Saxon Court with its extensive park.

And then in the morning you head for Dresden, the capital of Saxony. You cycle to the famous bridge Blue Wonder, the landmark across the Elbe. Ride along Laubegast, where you can watch the Elbe on a terrace. Discover the world-famous beauties of this city with unique sights such as the Frauenkirche, Dresden Zwinger, Residenzschloss and Semperopera. The lively Neustadt district also hides beautiful alleys. Enjoy the skyline of the old town on the banks. In the evening you return to your magnificent castle hotel.

Day 8: End of the journey

After breakfast your journey is over. You can leave the rented bikes at the hotel. A train could take you back to Prague, or you can book a comfortable transfer back to your starting hotel. 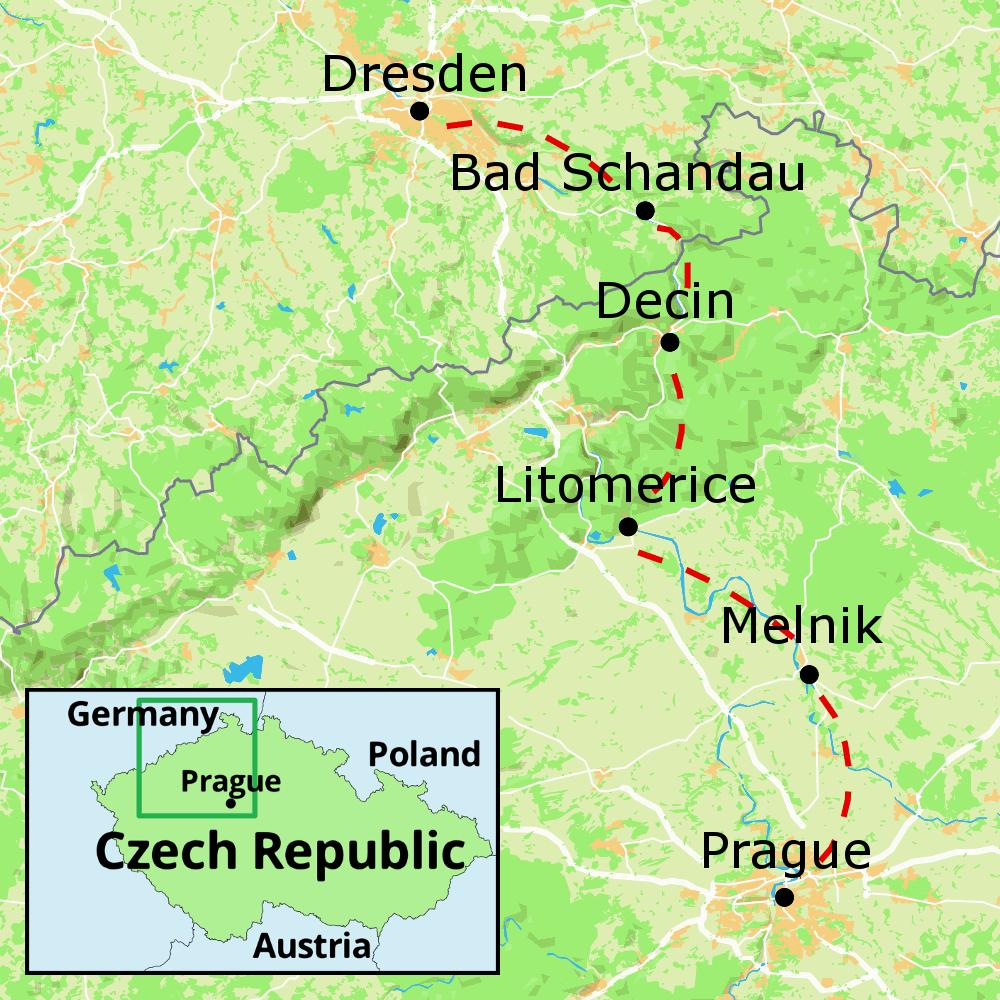 Book online
From 1005 Euro per person 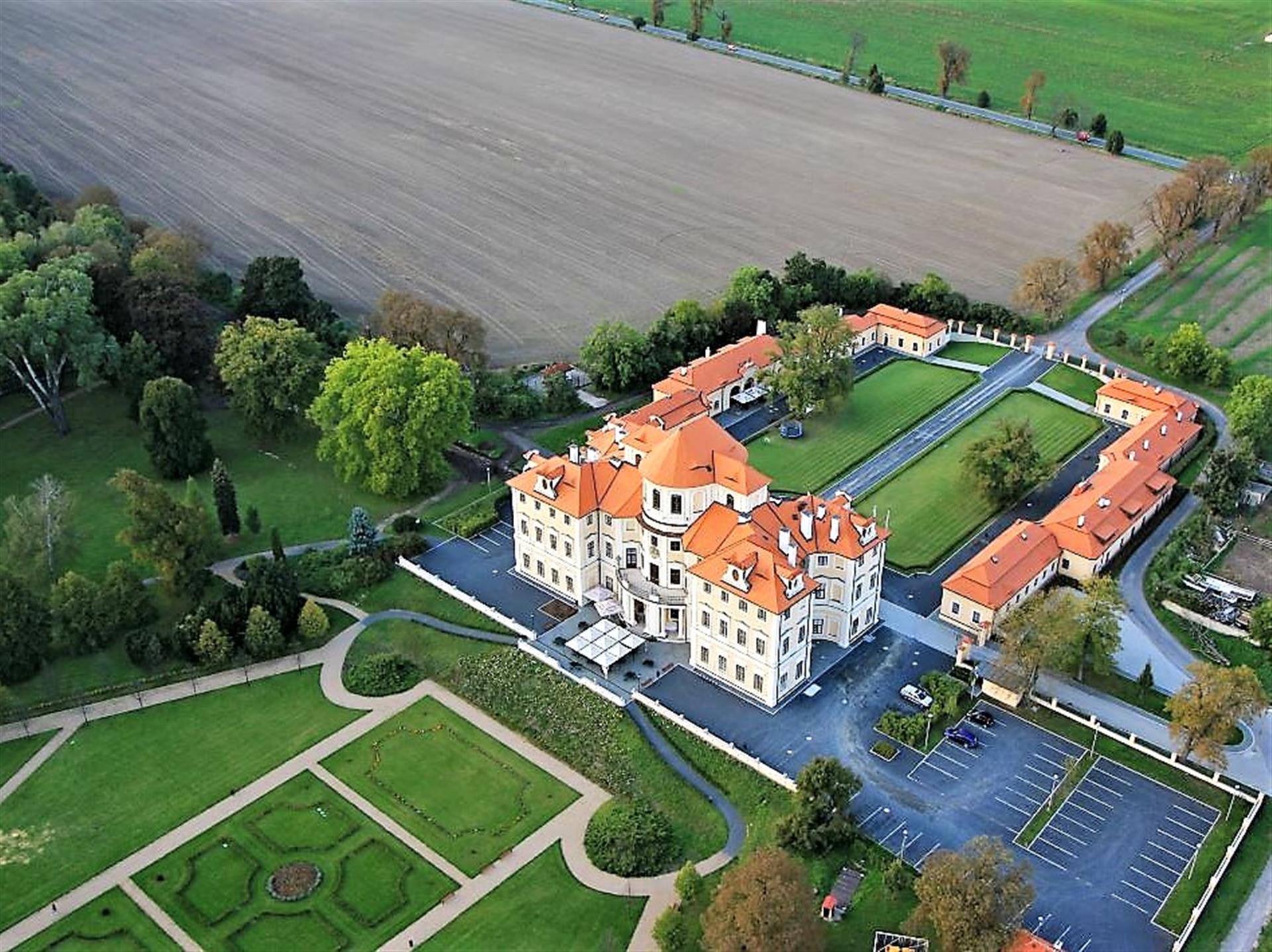 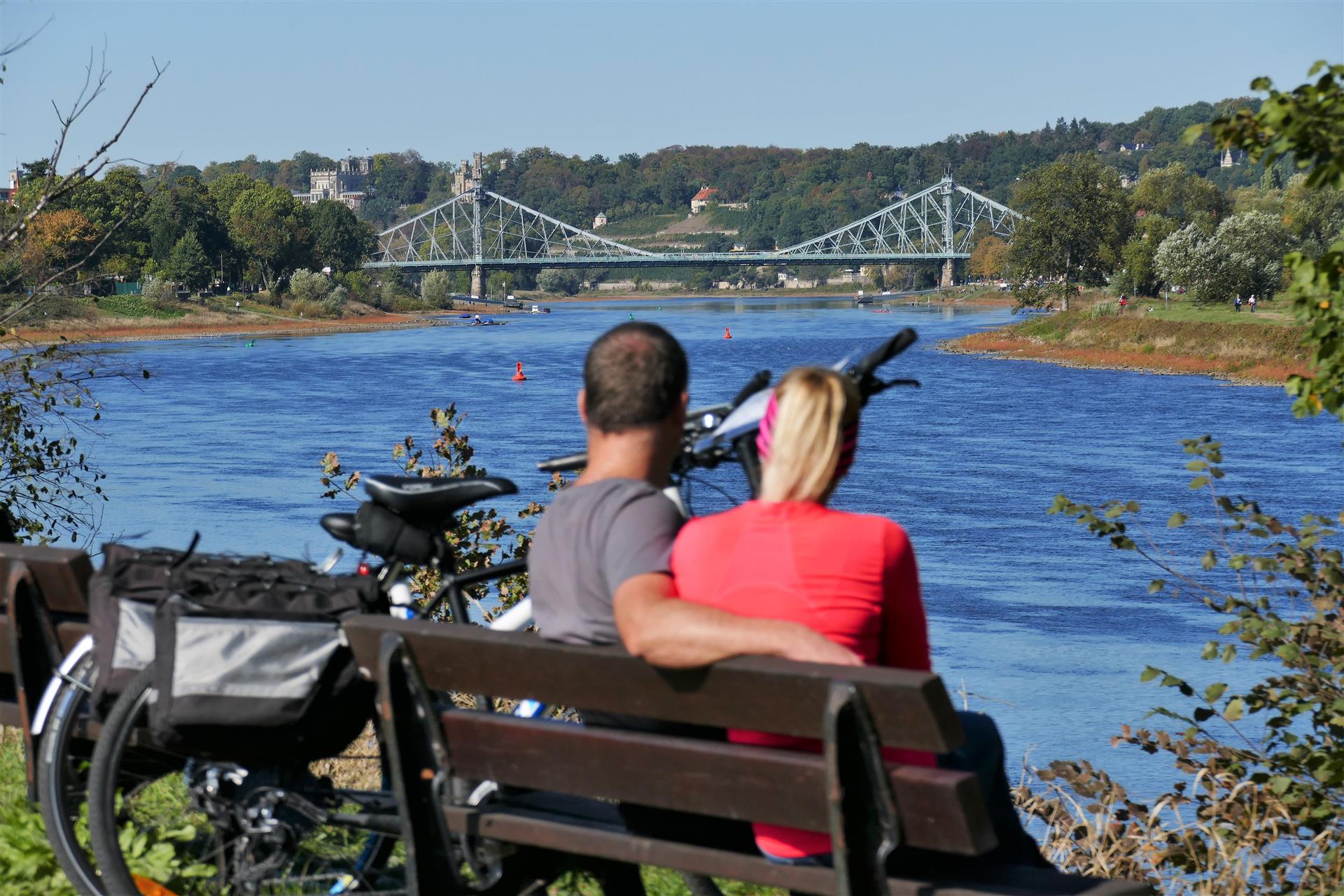 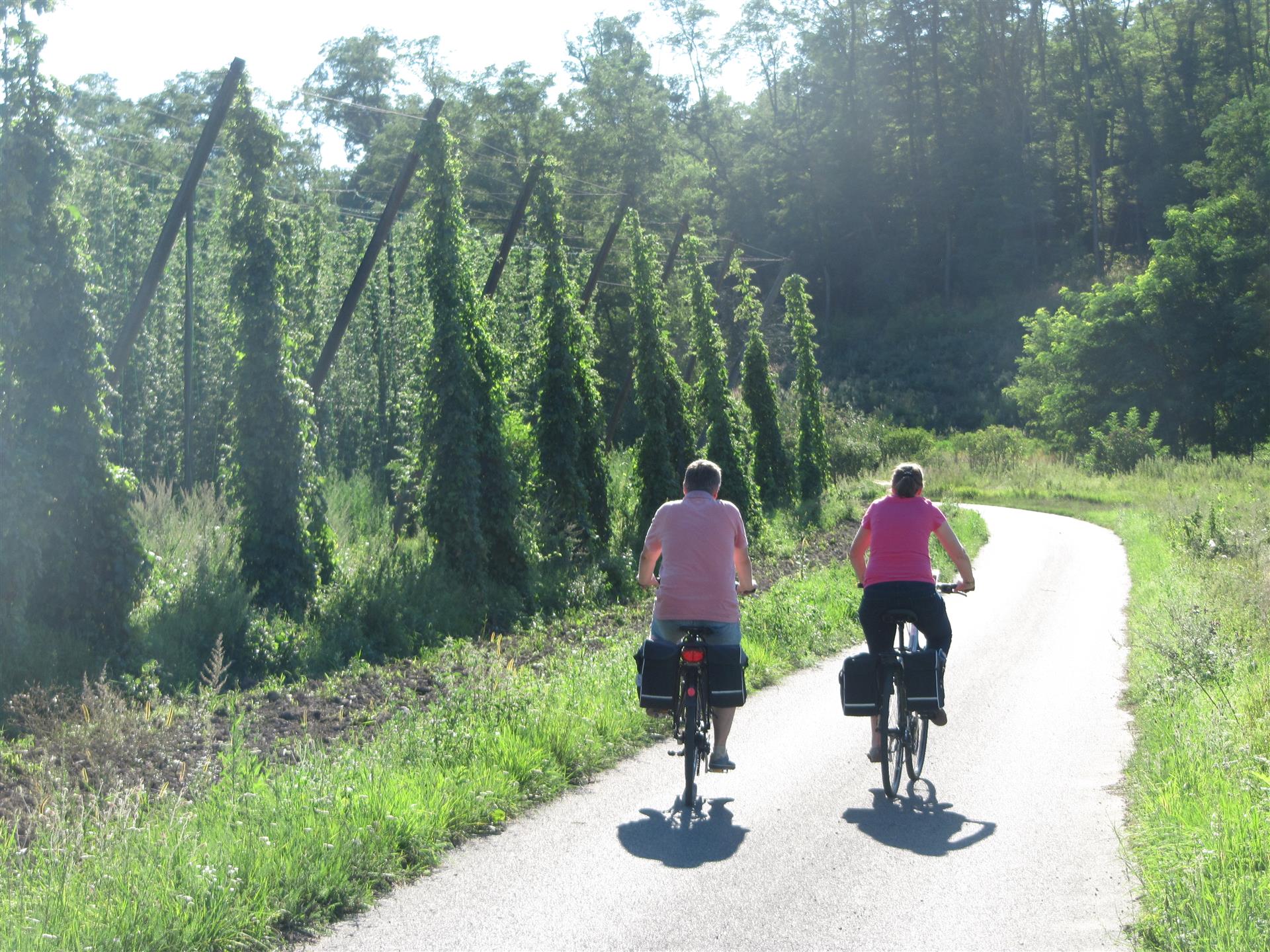 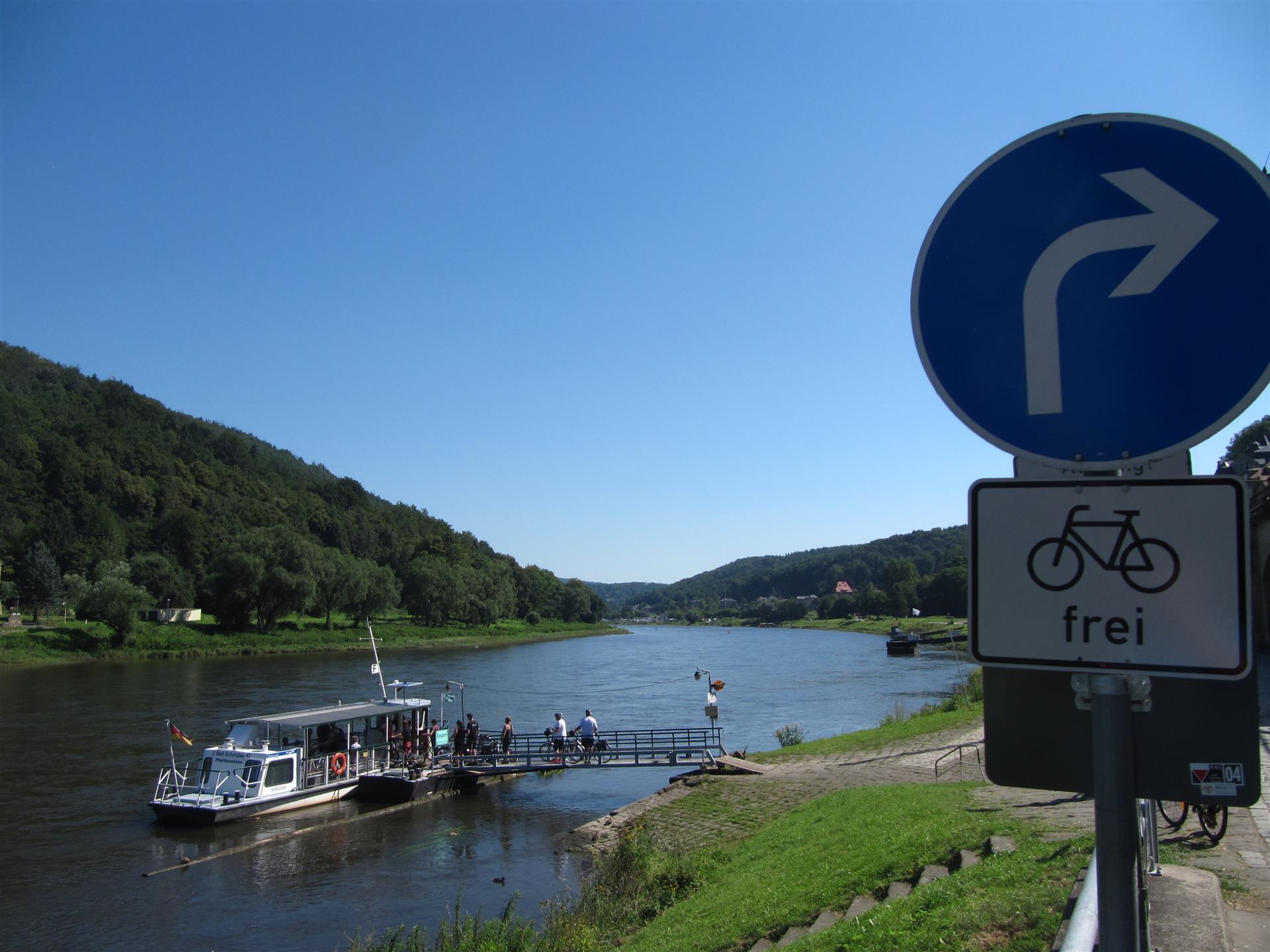 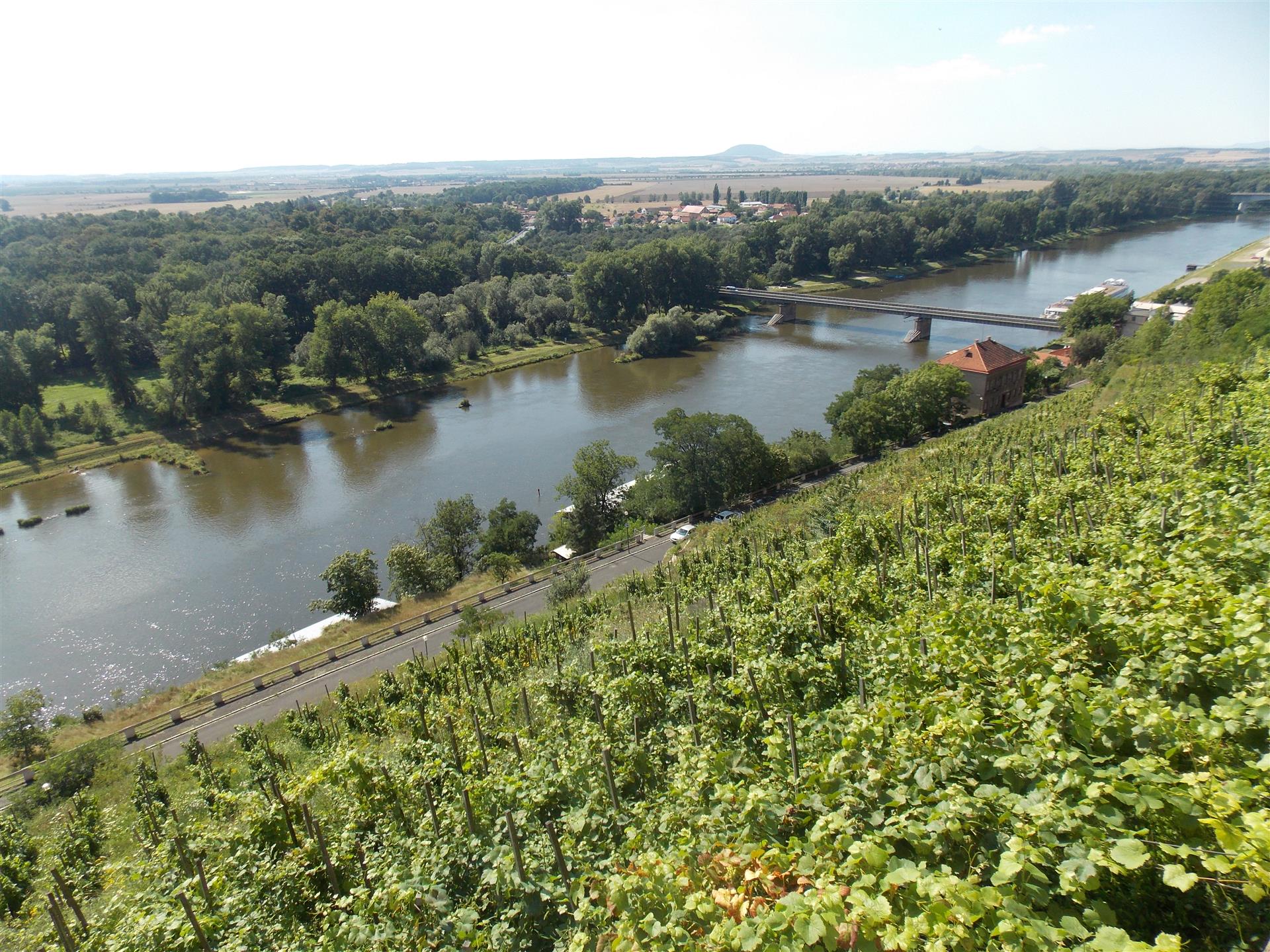 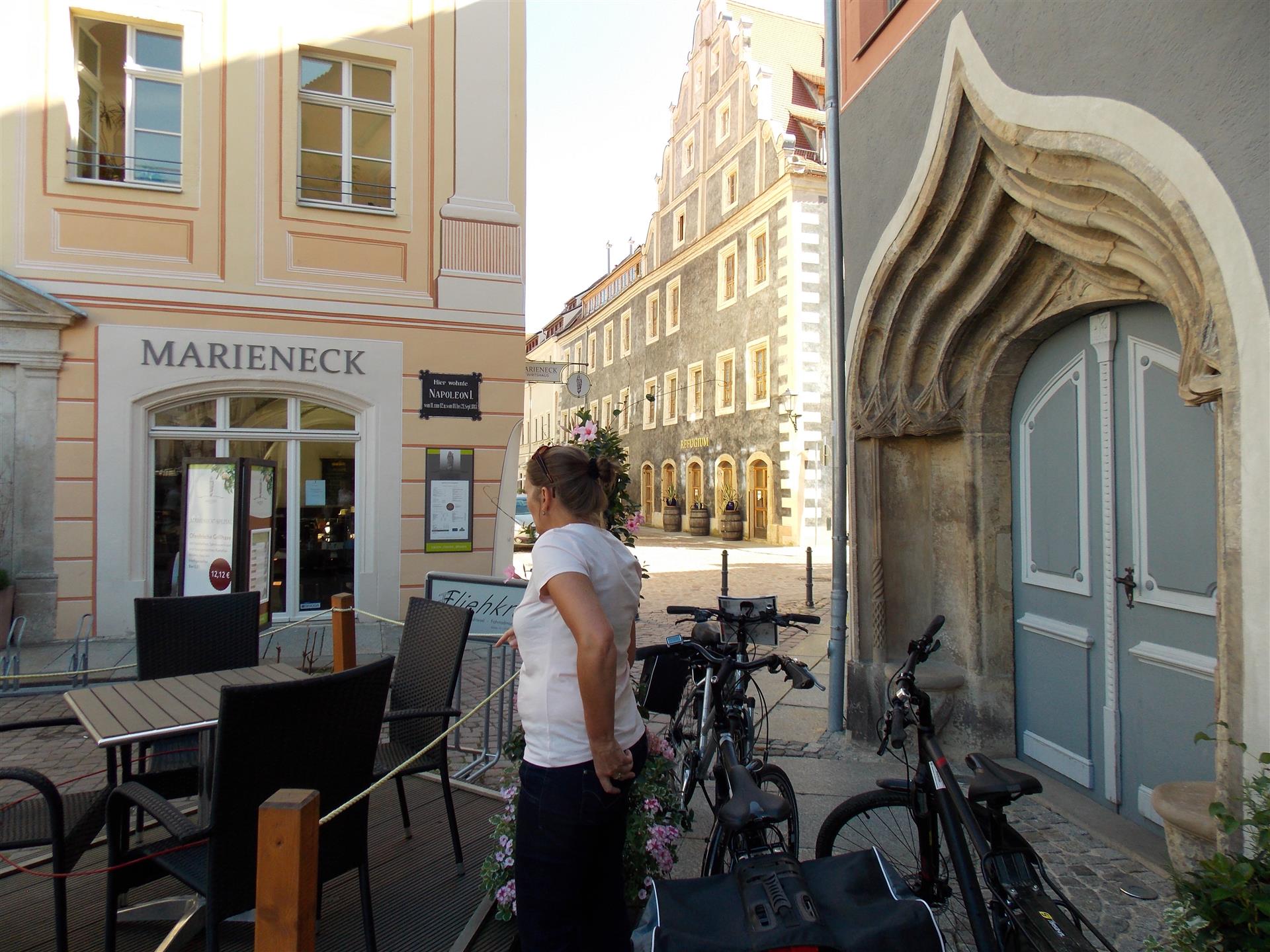 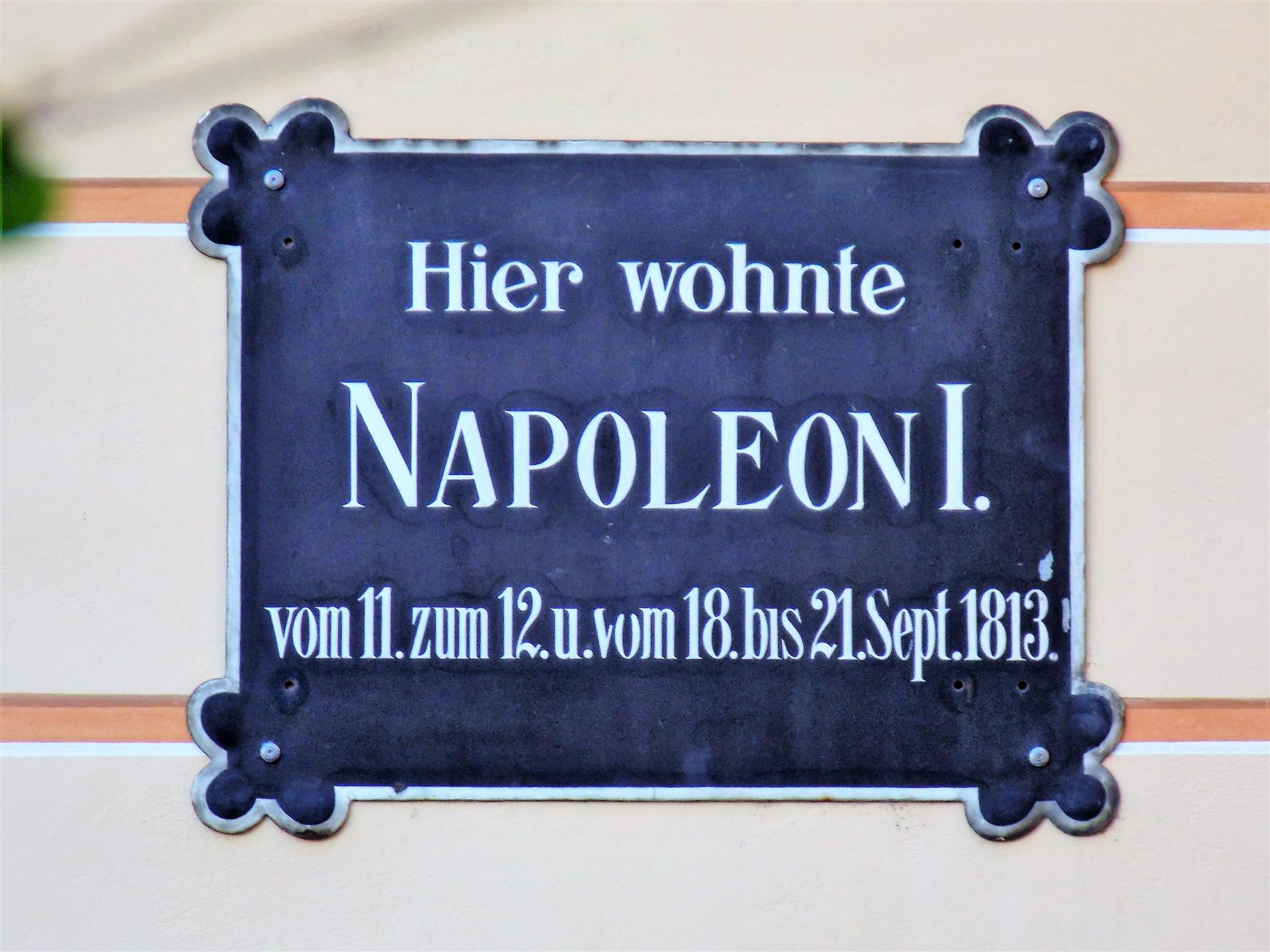 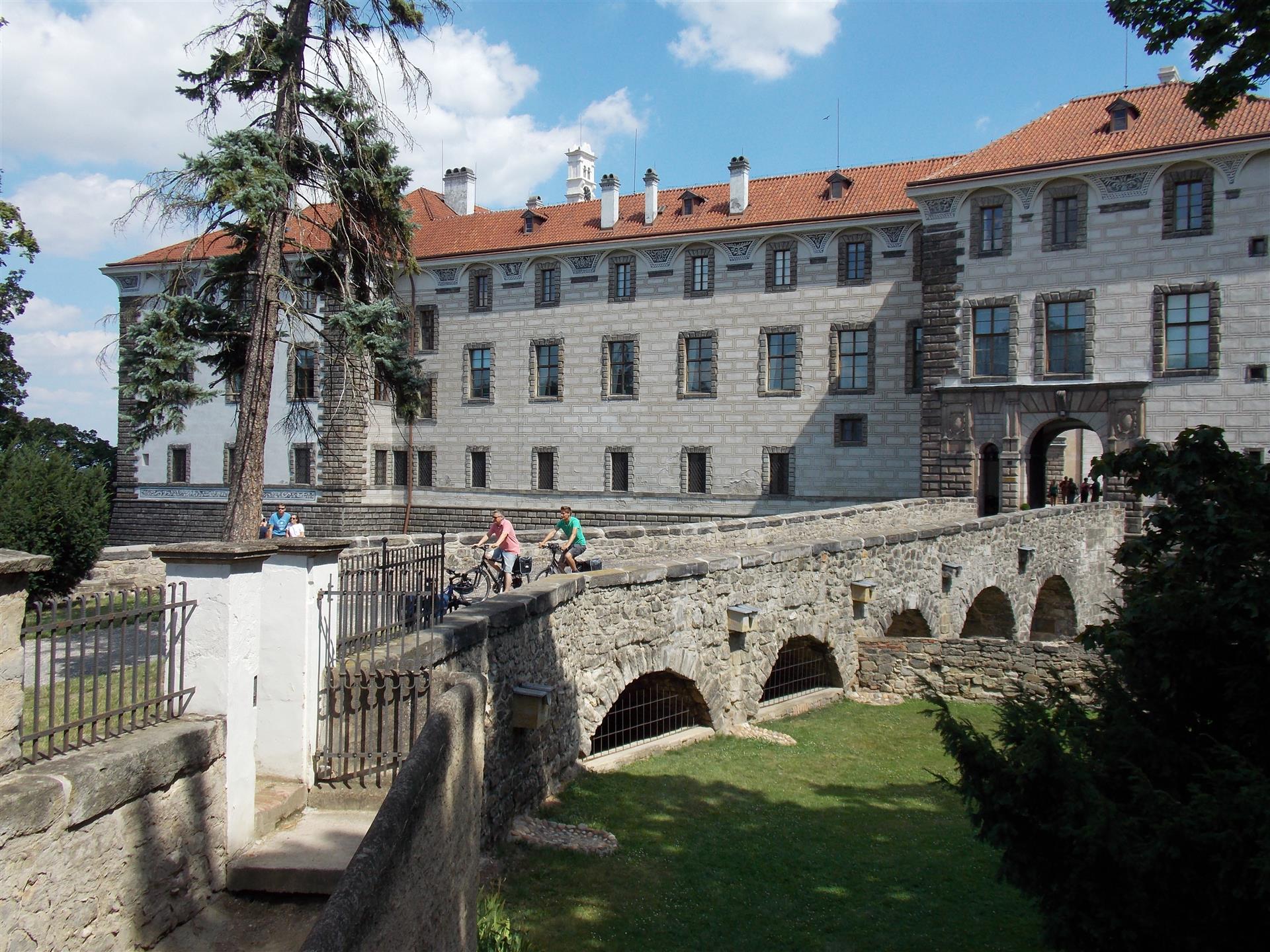 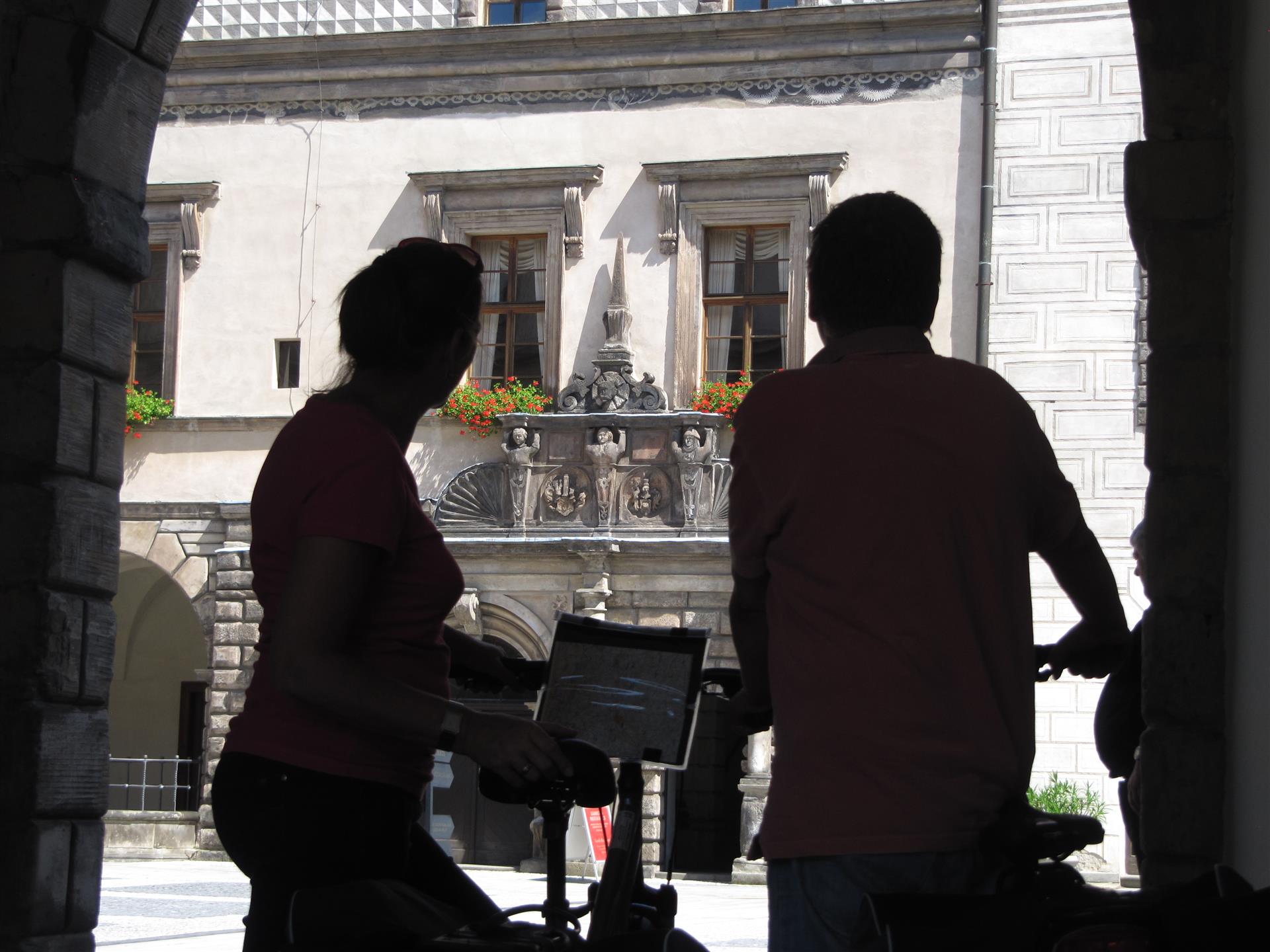 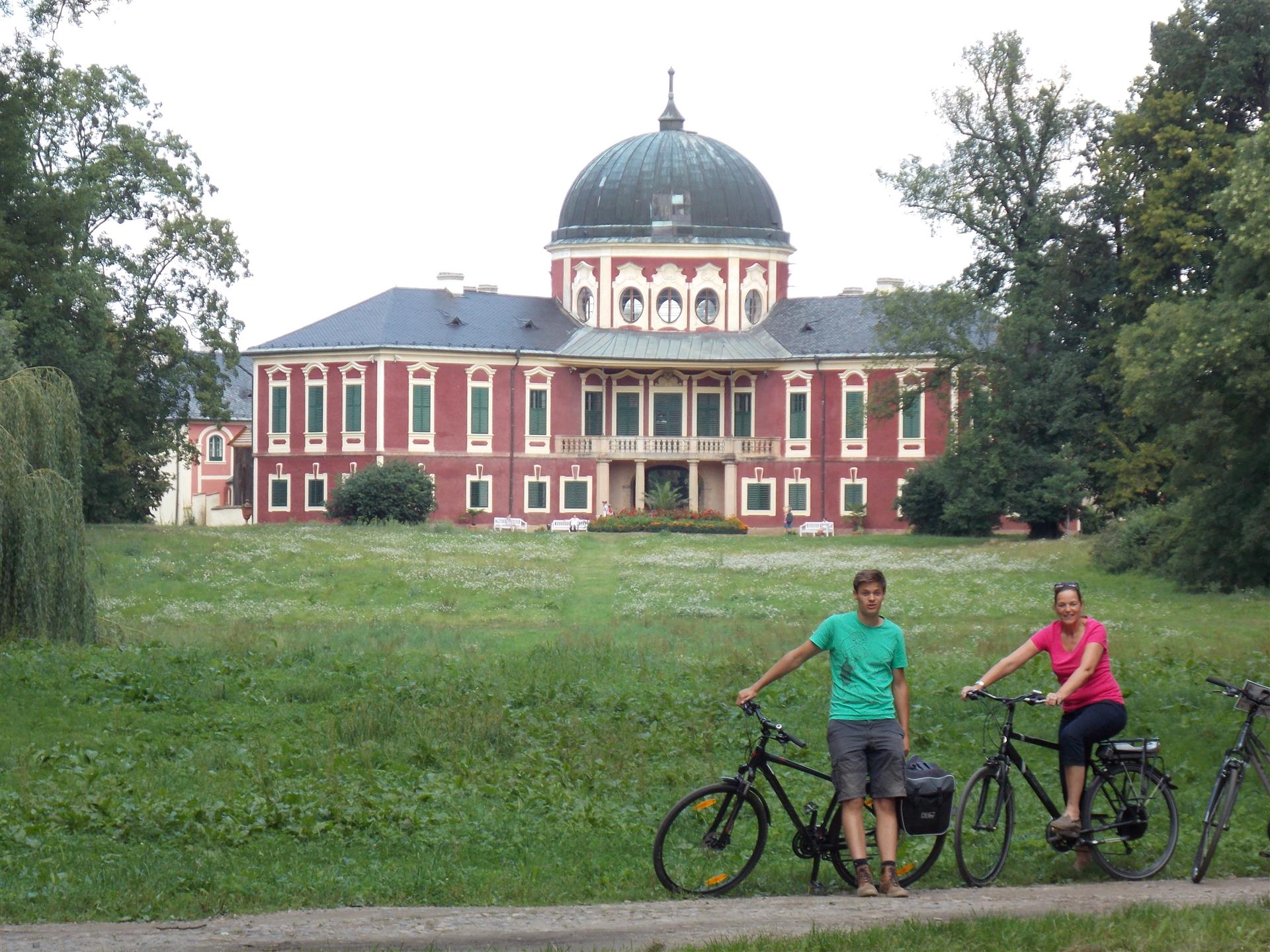 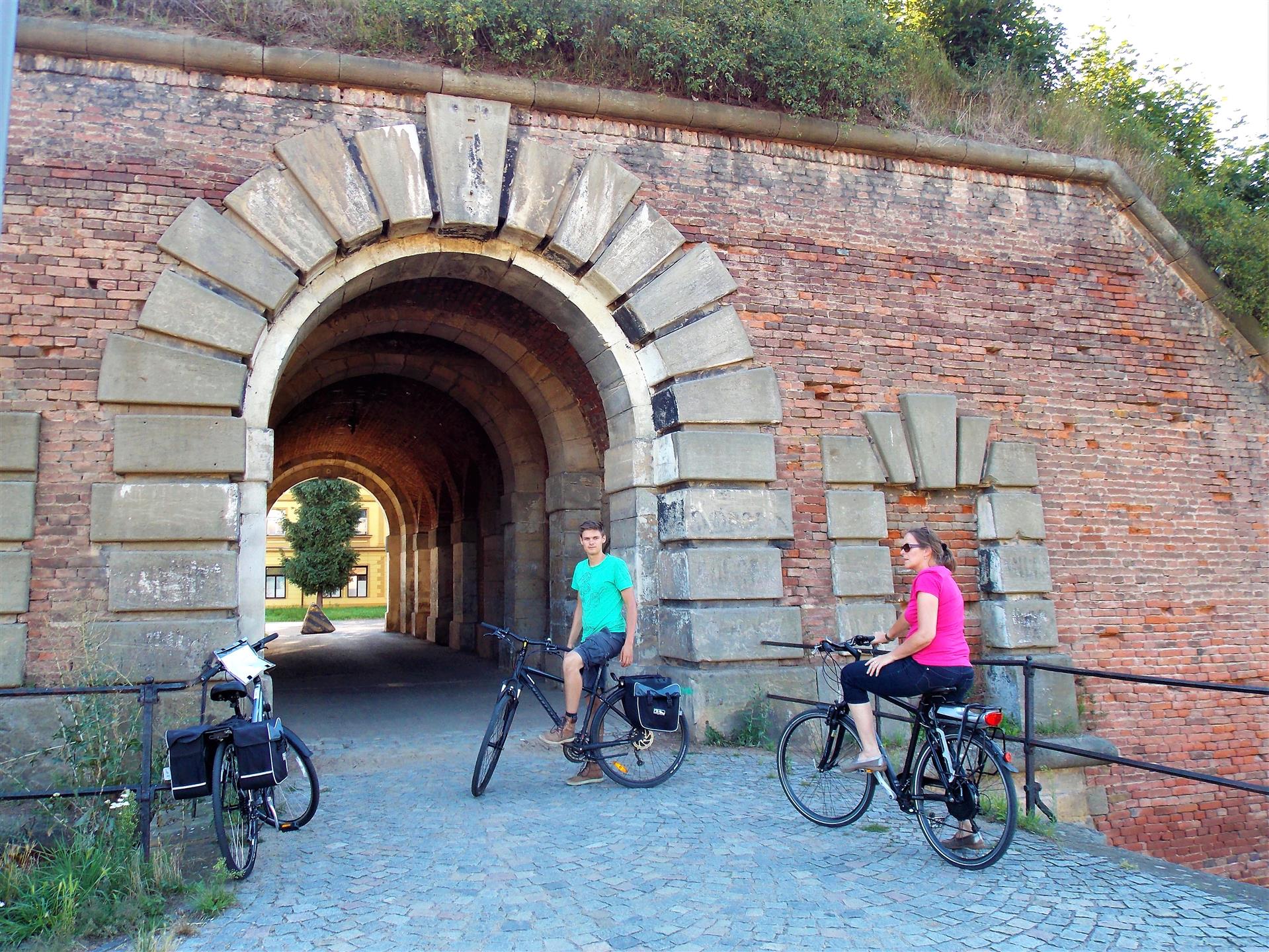 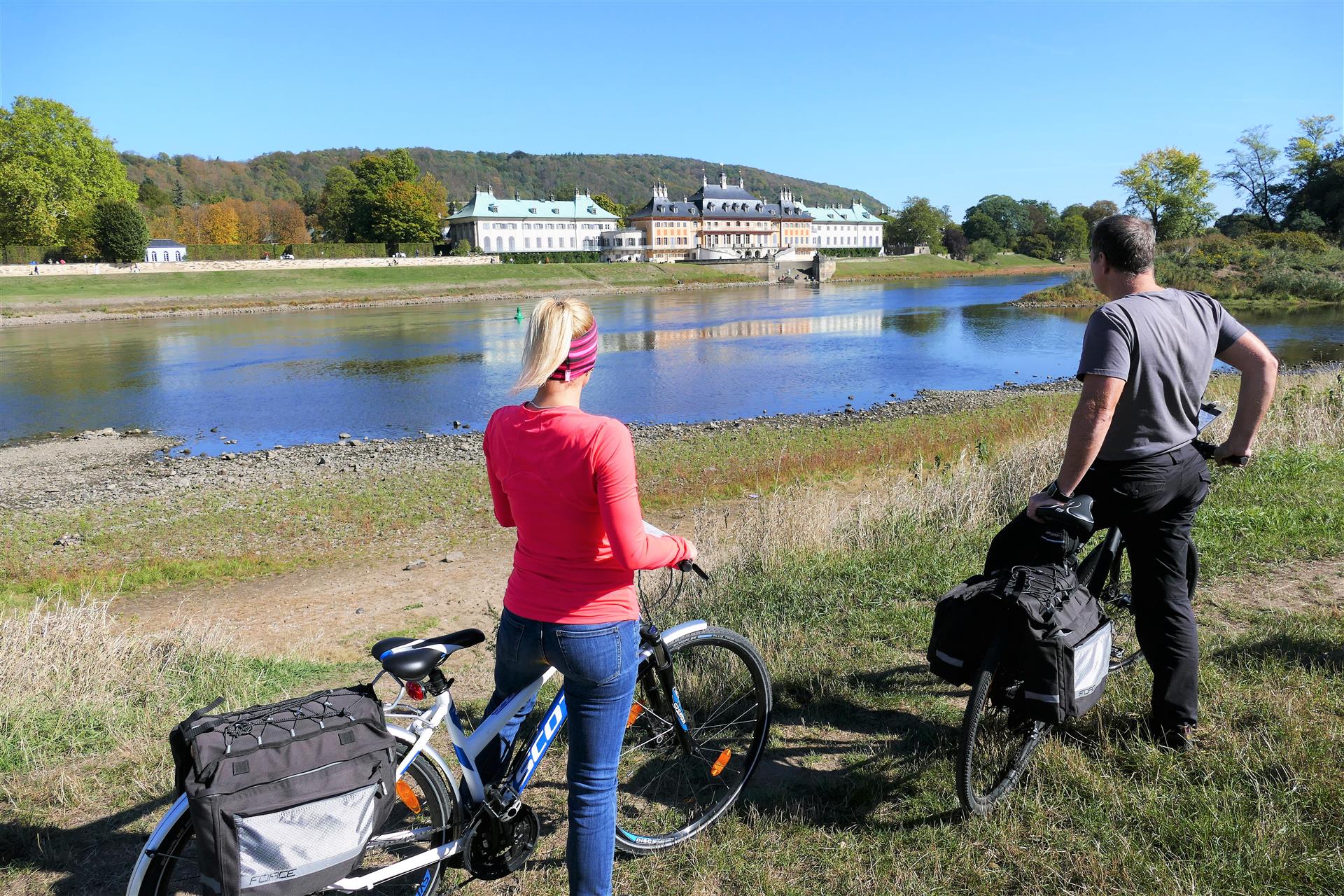 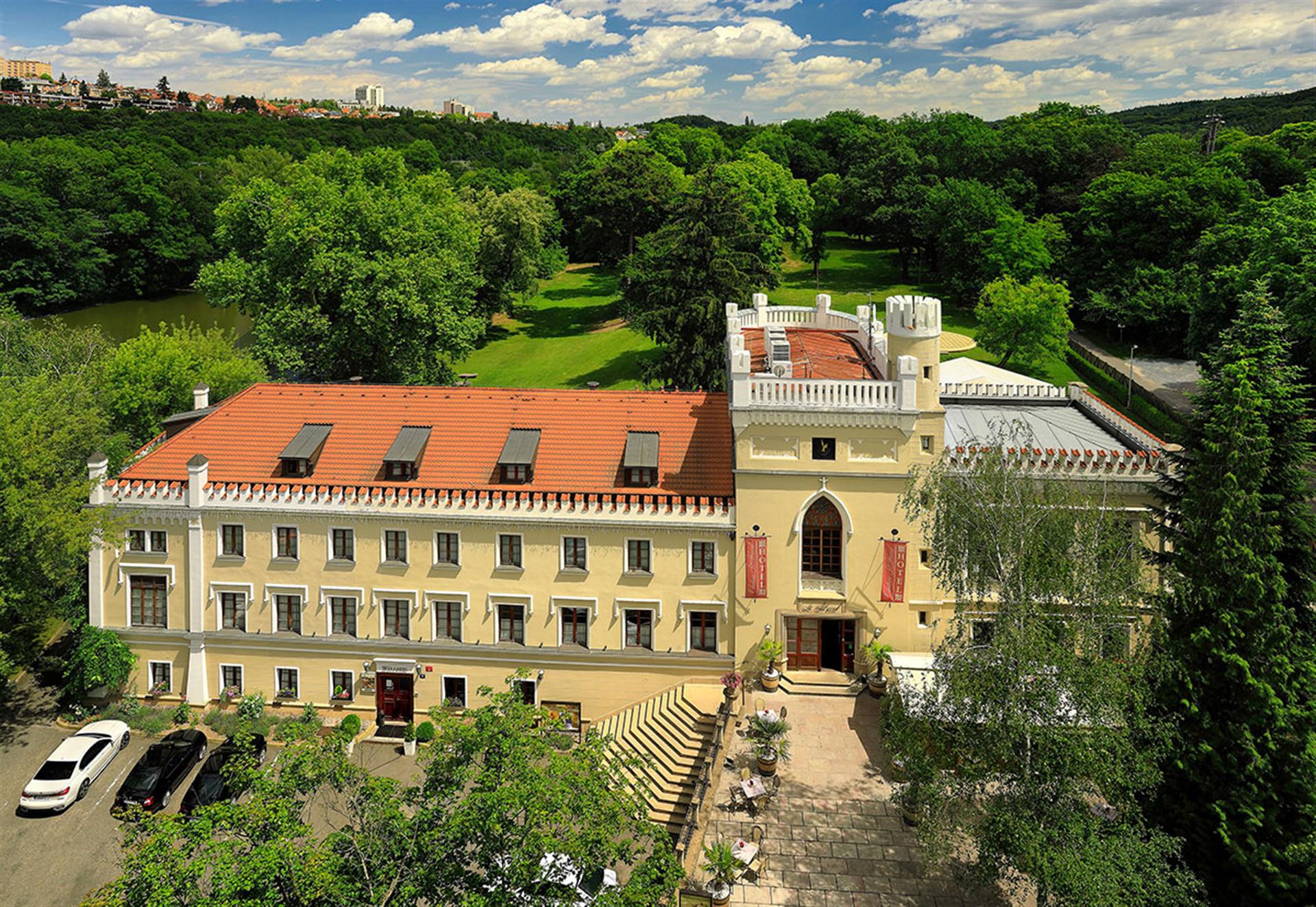 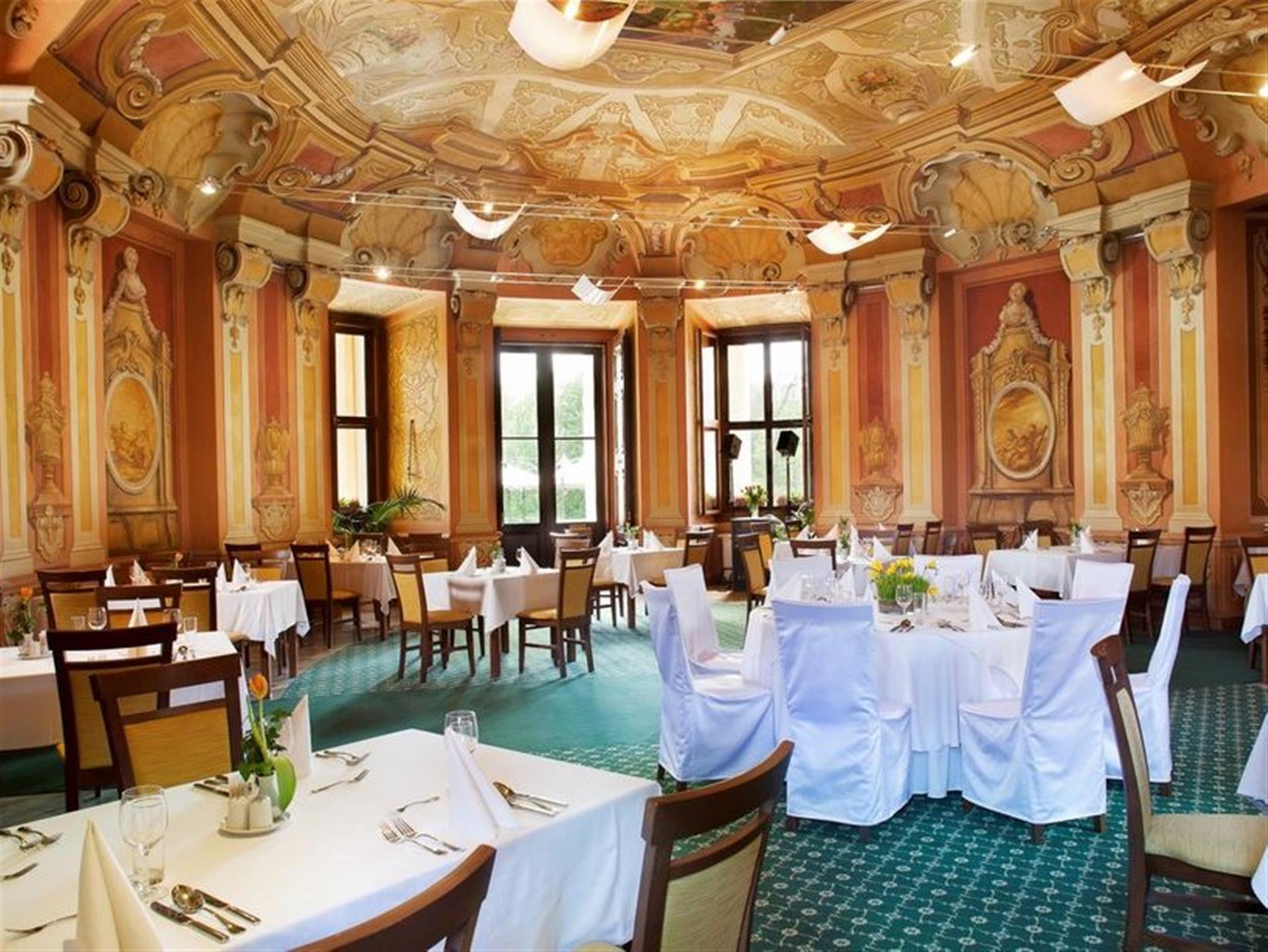 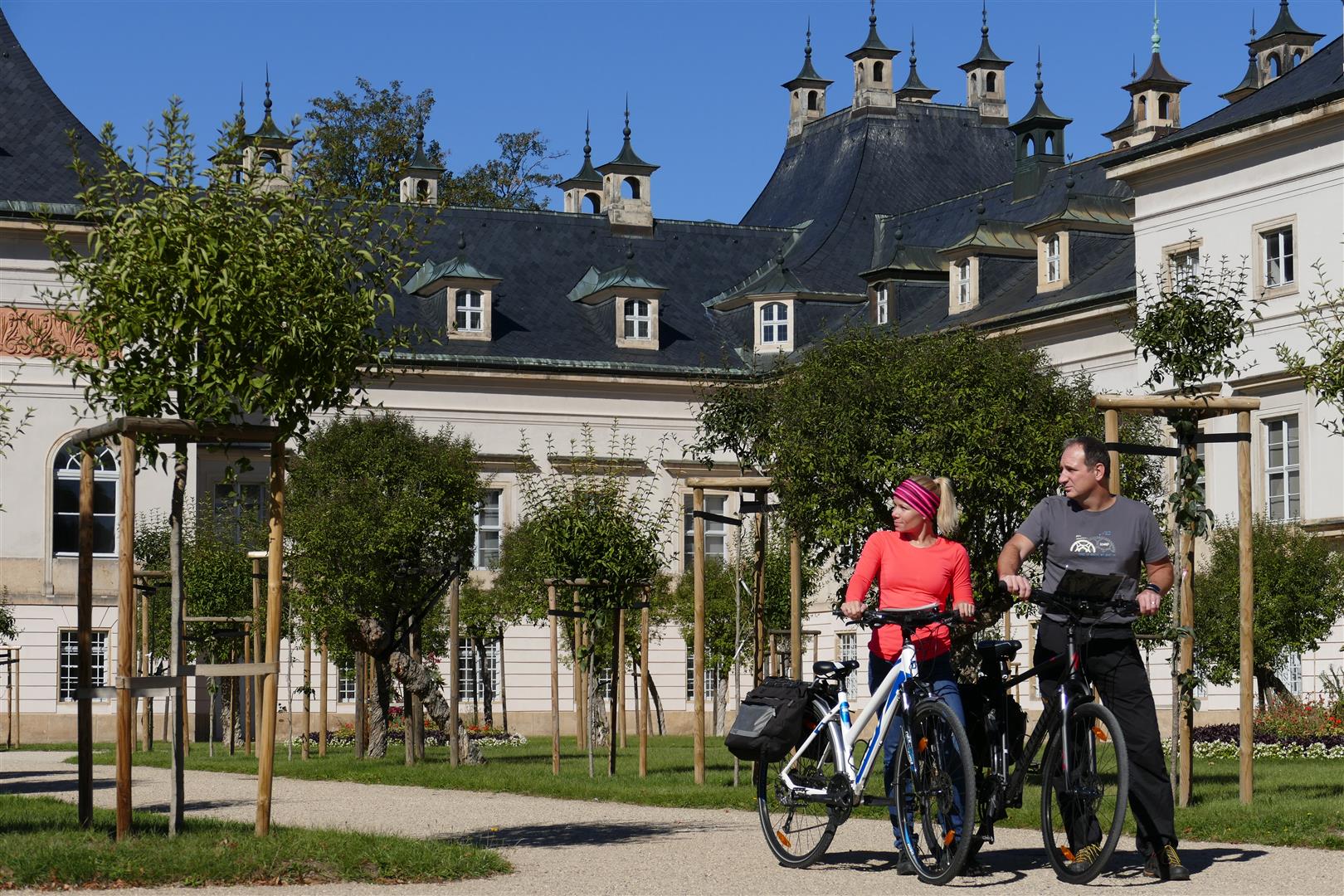 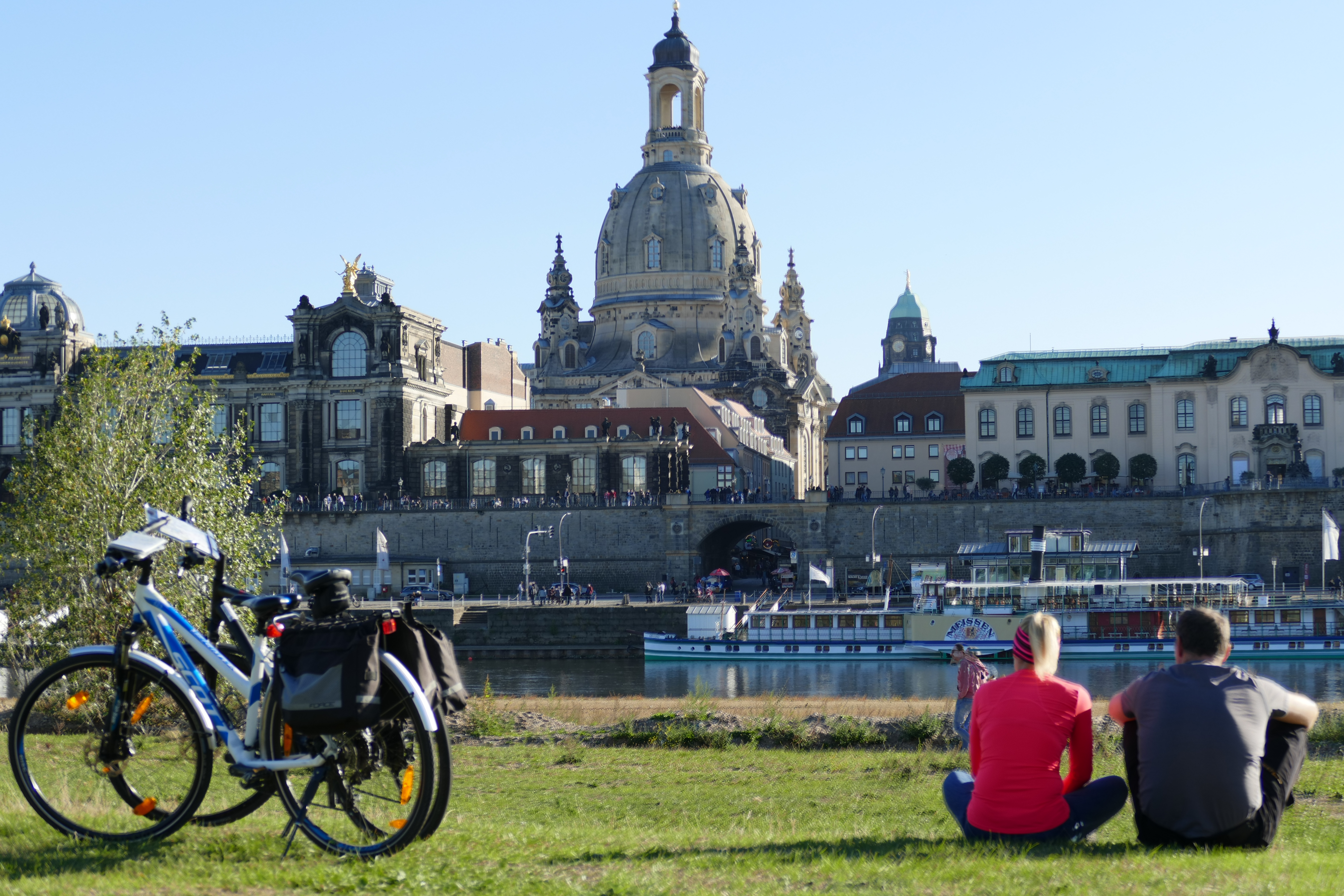 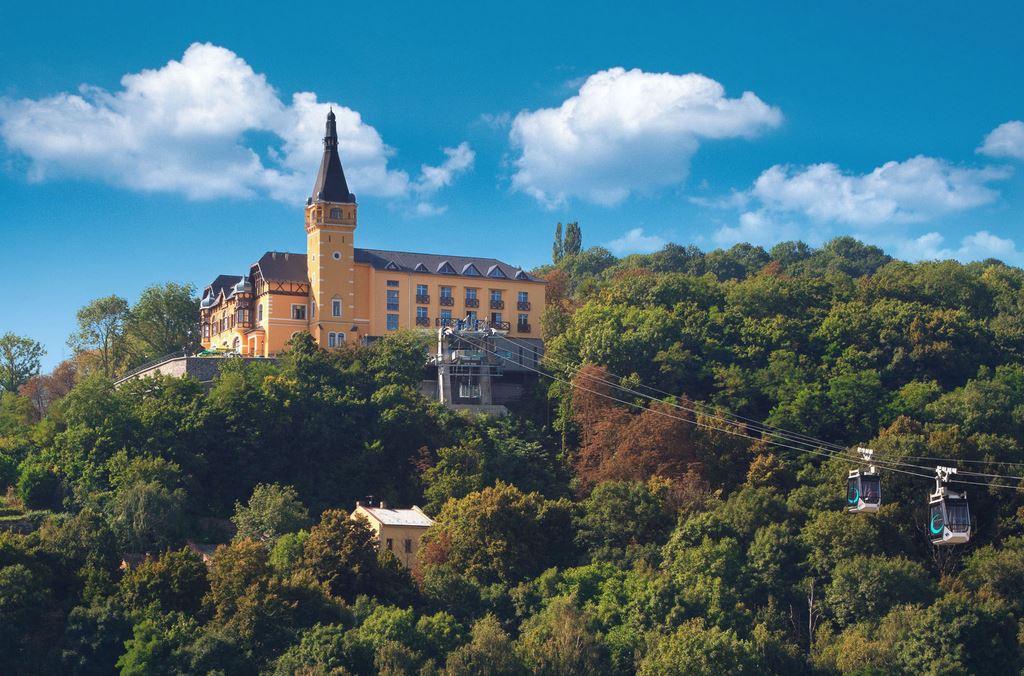 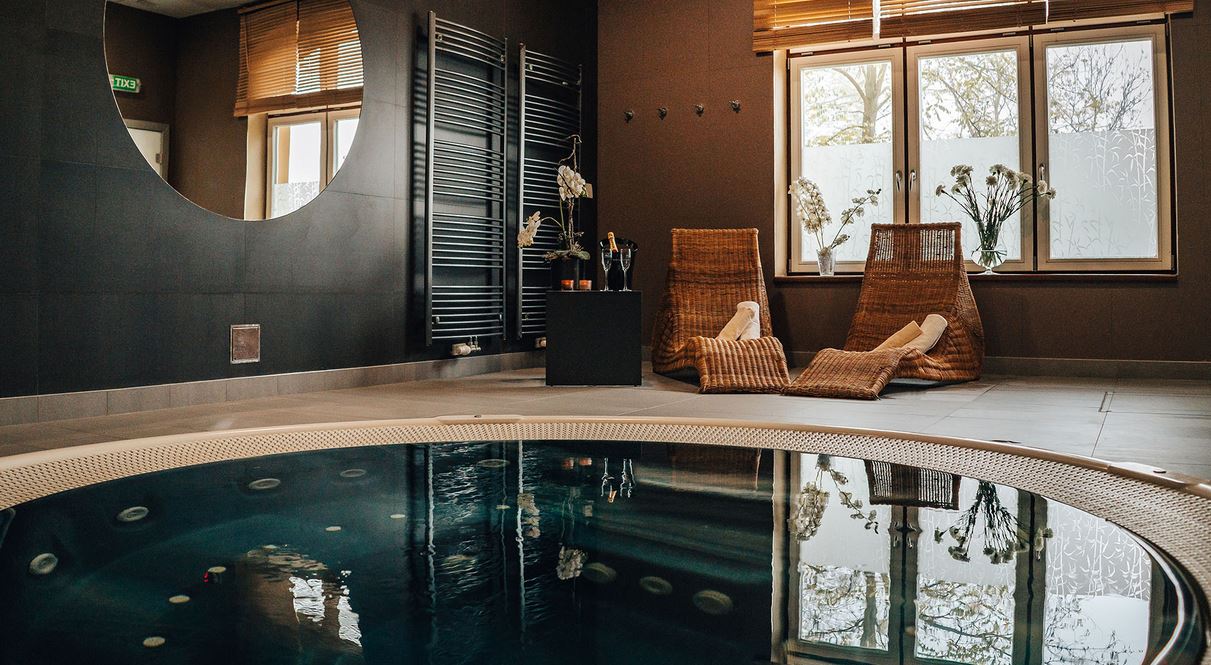