Hiking in the Bohemian Paradise. This beautiful area is located around the city of Turnov. There are a lot of old fortresses, mines and caves here. The whole area around the city was declared to be a national reserve in 1933. The Bohemian Paradise represents a very interesting geology textbook. The nearly 700 square km of this area is listed in the European network of Geoparks. The region is created in the last 500 million years, with all kind of nice features like volcanoes, rivers, romantic valleys, forests, meadows and ponds. The small lakes, and ruines of the castles give the area a fairytale-like atmosphere. The most famous ruin is the Trosky with its two towers dominating the surrounding landscape. Turnov itself thanks existence to all the gems that were found in the surrounding mountains. So if you get lucky, you might find a rock containing a gem on your way. You will even spend the night in a renovated castle. You will walk up to 20 km a day, through forests and moderately hilly area.

Reception at the hotel, handover of travel documents and info-materials.

Turnov has its own history, monuments and personalities and also excellent location. It was founded around 1250 on a headland above the Jizera river. It is situated in the Jizera´s river valley, at the mouth of Stebenka and Libuňka creeks into the Jizera river. It is surrounded by picturesque countryside composed of sandstone rocks, valleys, romantic ruins, fairy-tale castles and chateuas and individual folk architecture. That is why Turnov is called „the heart of the Bohemian Paradise“. The town is the ideal starting point for trips throughout this unique countryside. There are a couple of protected monuments in centre of the city with various styles, such as the baroque museum building or the Church of St. Nicolas, the School of Arts built in Art Nouveau style or the neogothic Cathedral of the Birth of the Virgin Mary. One of the most beautiful and also the most typical examples of the timbered architecture of the Czech countryside is the Dlask Estate, which is located in Dolanky, the town’s periphery.

A hiking tour through the Klokocke Skaly to Rotstejn castle. Just a couple of kilometers away from Turnoc are the Klokoč rocks, an extensive Rocky town and nature reservation. The platform above the village of Klokočí is ended with a steep rock front. The rock wall is about 1600 metres long, here and there divided by isolated rock towers and faults (called the Klokočské Průchody). The rock wall offers spectacular views of the northern and southeastern parts of Český Ráj. At the southeastern part of the Klokočské Skály, there is a ruin of Rotštejn Castle, built in the 13th century.The castle was mostly wooden, in part carved in the sandstone blocks. Its dominant element was an impressive tower with a rock gate accessible from a rock canyon. In the kitchen, rock benches are preserved, and there are marks of the fireplace and the chimney. In addition, you can see remnants of a walled palace, several rock rooms, a wall with loopholes, and the castle well carved in the rock.

The protected zone of Hruba Skala is one of the best-known rock formations. It is characterised by impressive towers reaching up to 55 m and also by steep canyons. The midpoint is the village Hruba Skála, situated on the left side od Libuňka creek and founded around 1360. There is also a castle currently used as a hotel.

Hiking through Hruboskalsko to the Vezak pond. Don’t forget to pack your bathing suit because this pond is very well selected and just the perfect opportunity to refresh yourself. After the bathing, you go back to Hruba Skala.

Wonderful trails lead you to the Vilda pond, with bathing opportunity. The hike continues to Castle Trosky, built at the end of 14th century. The castle was built on a volcanic basalt rock reaching the height of 488 meters above the sea level. The castle has two towers, the eastern one is called The Virgin and the western one The Crone.

Then your hike goes on and ends in Horni Lochov, at the edge of Prachovske Skály.

A hikingtour through Prachovské skály, The Prachovské Skály nature preserve is one of the most popular regions in the Czech Republic. It is one of the oldest nature preserves in the country. The Prachovské Skály are some 6 km far from JičínThe geological history of the Prachovské Skály area is rather varicoloured – the beginnings of the sandstone formations date back to the Mesozoic era when the whole territory was flooded with sea water. Millions of years later, the region was pushed up by the effects of powerful tectonic powers, the flood shrank back and the seabed split into separate blocks on which today's treasure of the Bohemian Paradise region were formed. By gradual erosion, characteristic and world-unique rock formations were formed, distinctive with tall rock towers and deep rock gaps. During the Tertiary era, volcanic activities reshaped the landscape, leaving its print in the form of (residual) basalt volcanoes – the hills of Velíš, Zebín, Trosky, Vyskeř, etc., today's significant landscape dominant features of the region of the Bohemian Paradise.

A hikingtour from the west part to the east part of Prachovské Skály. The finish of this tour is the town Jičín.

The town of Jičín, located on the edge of Bohemian Paradise, is rightly referred to as the gate to this picturesque region. Founded at the turn of the 13th century as part of the Veliš estate, Jičín reached its heyday in the first half of the 16th century, during the reign of Albrecht Waldstein. The Valdice Gate, the Church of St James the Greater, the Chateau and the Gothic Church of St Ignatius of Loyola combine to form the town's characteristic silhouette. The town became the venue of an annual festival called Jičín - the Town of Fairy Tales.

Your hiking vacation ends after the breakfast as you go back to the origin hotel in Turnov by train/bus. Of course, there is an opportunity to prolong your vacation or combine it with a visit to Prague, which is very well accessible by train. 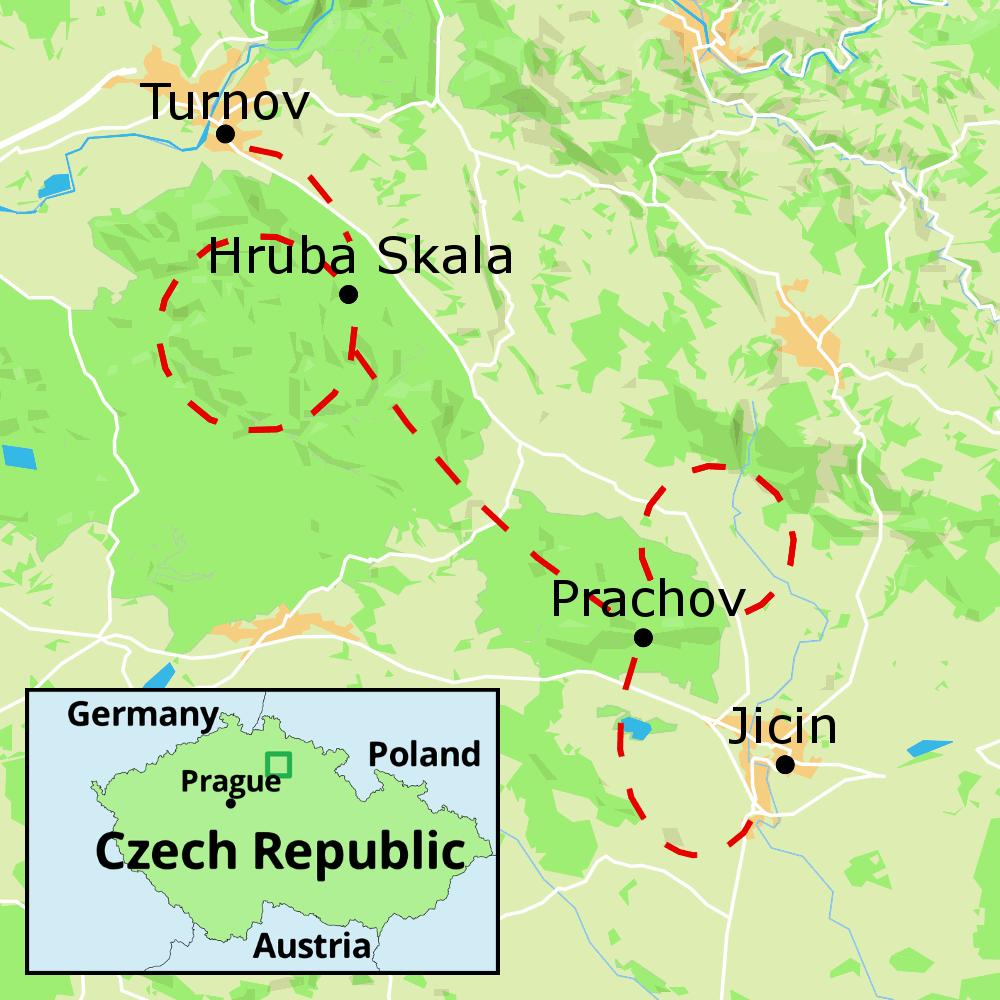 Book online
From 685 Euro per person 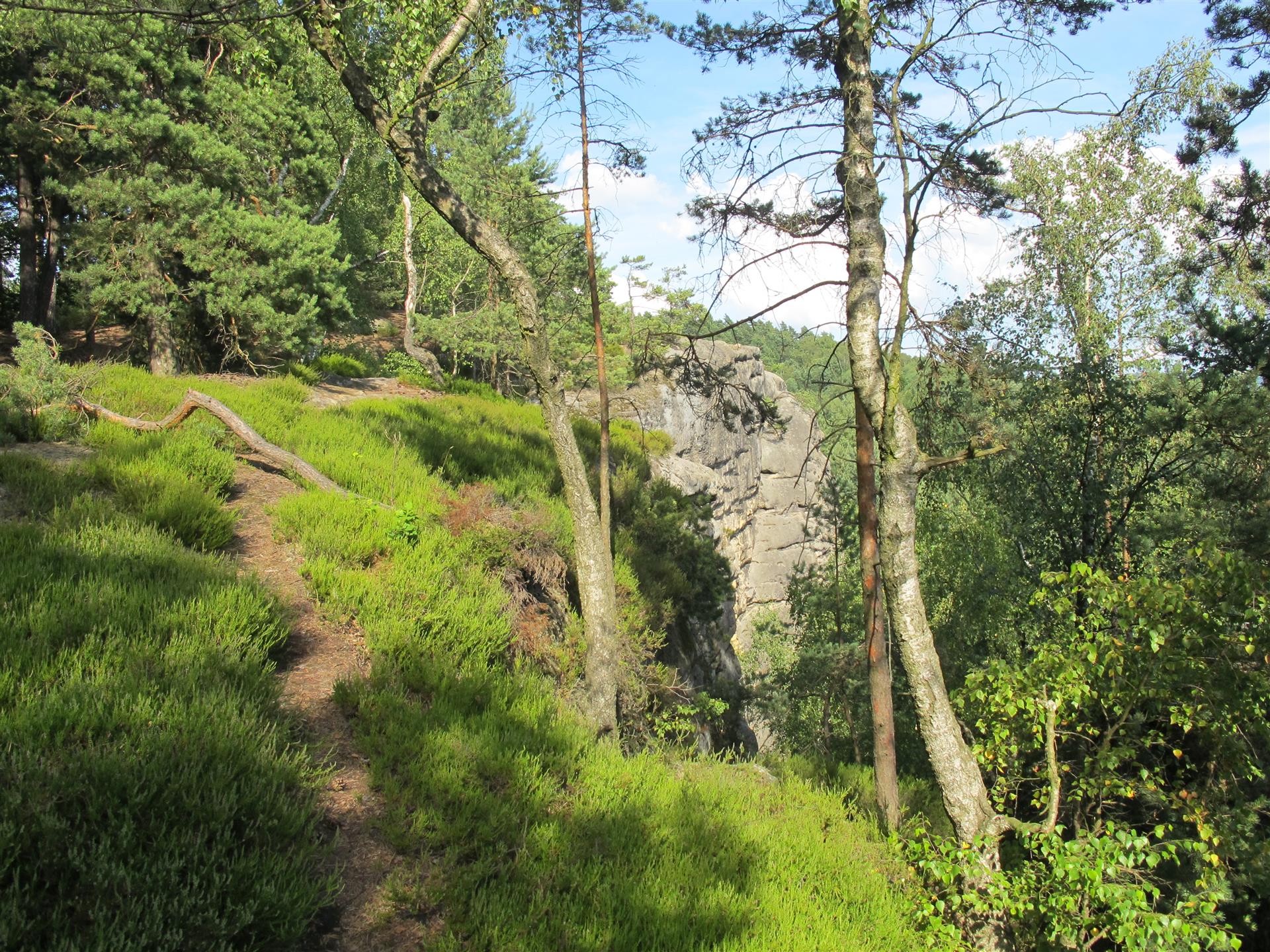 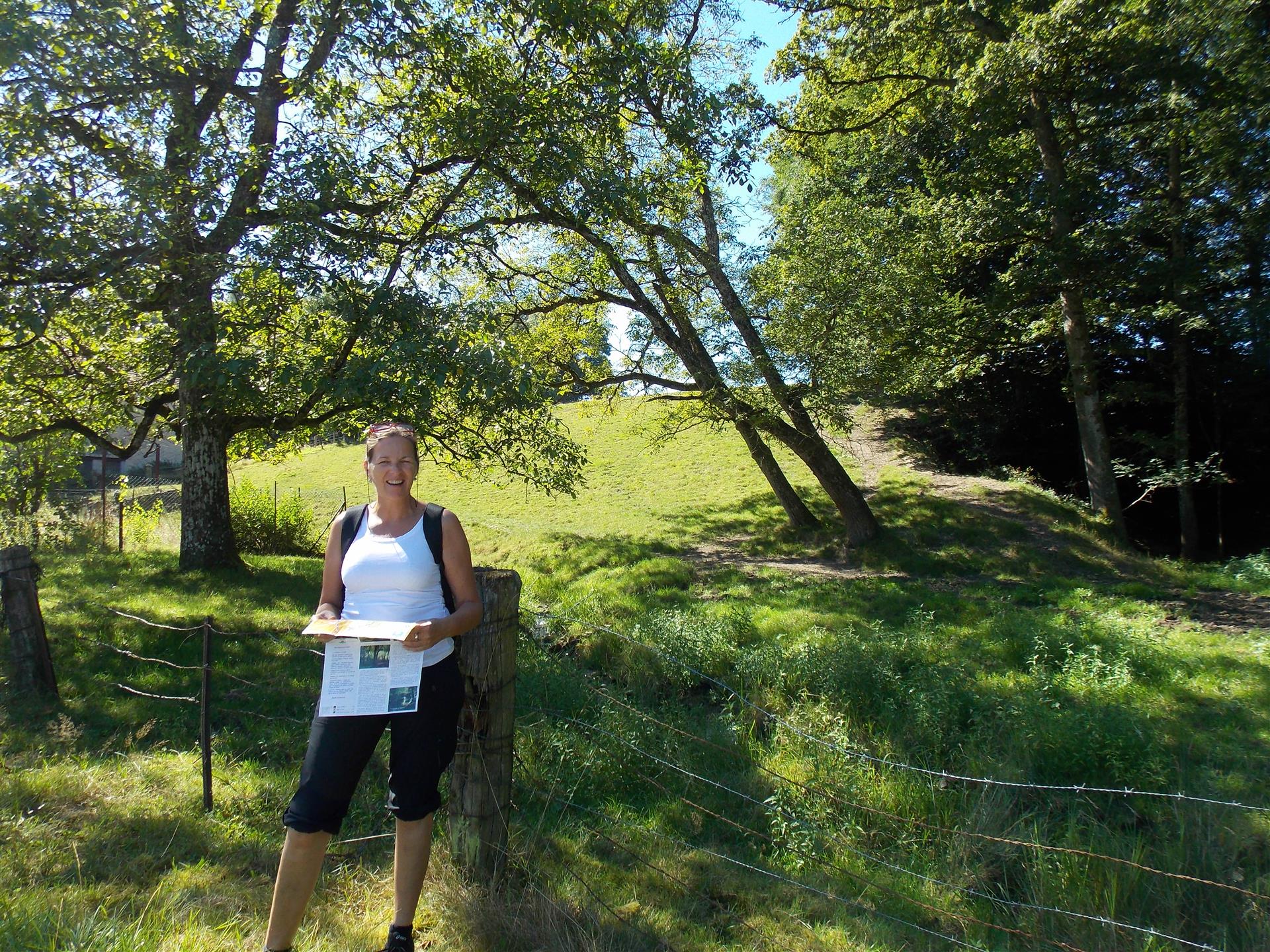 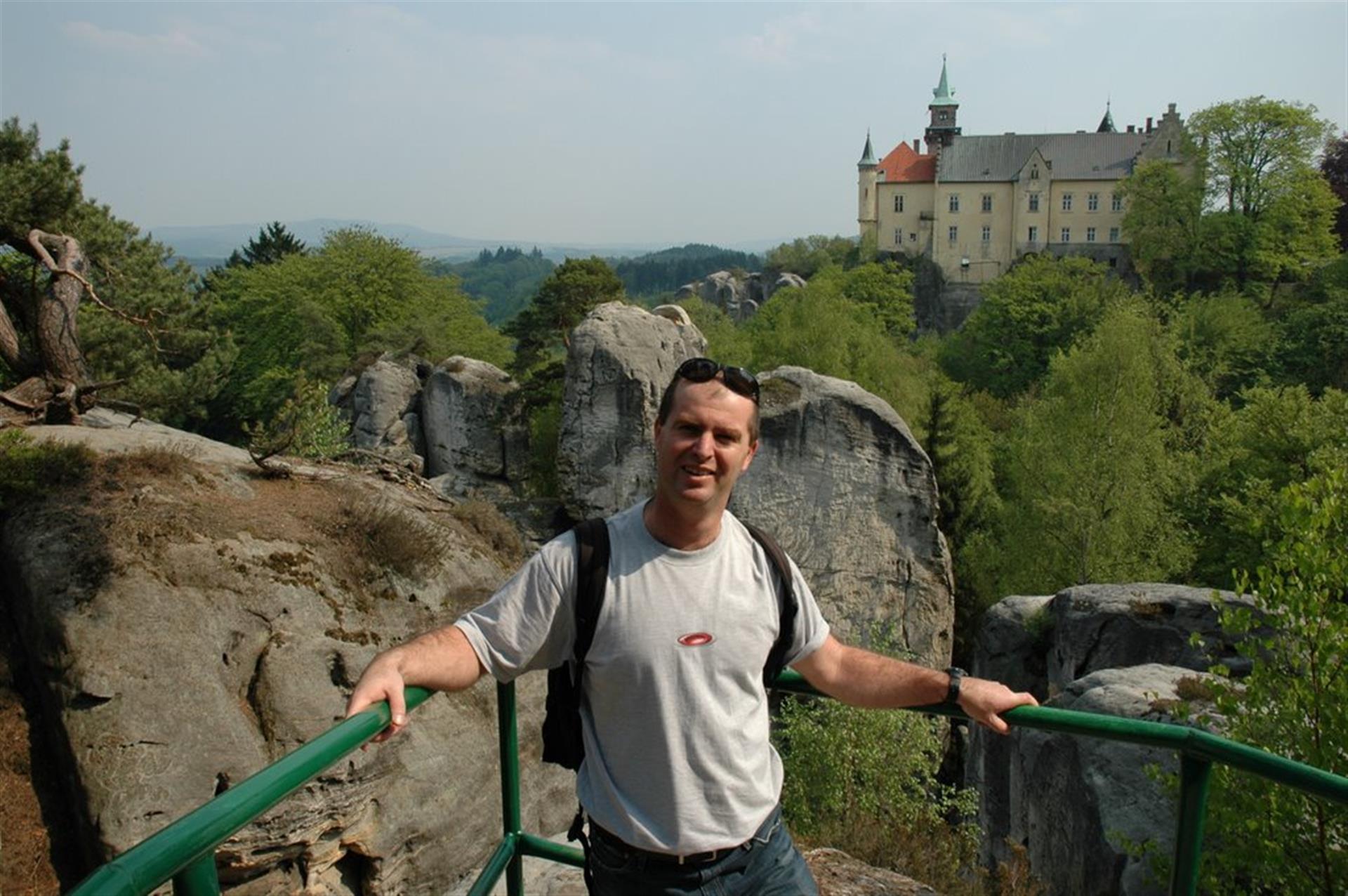 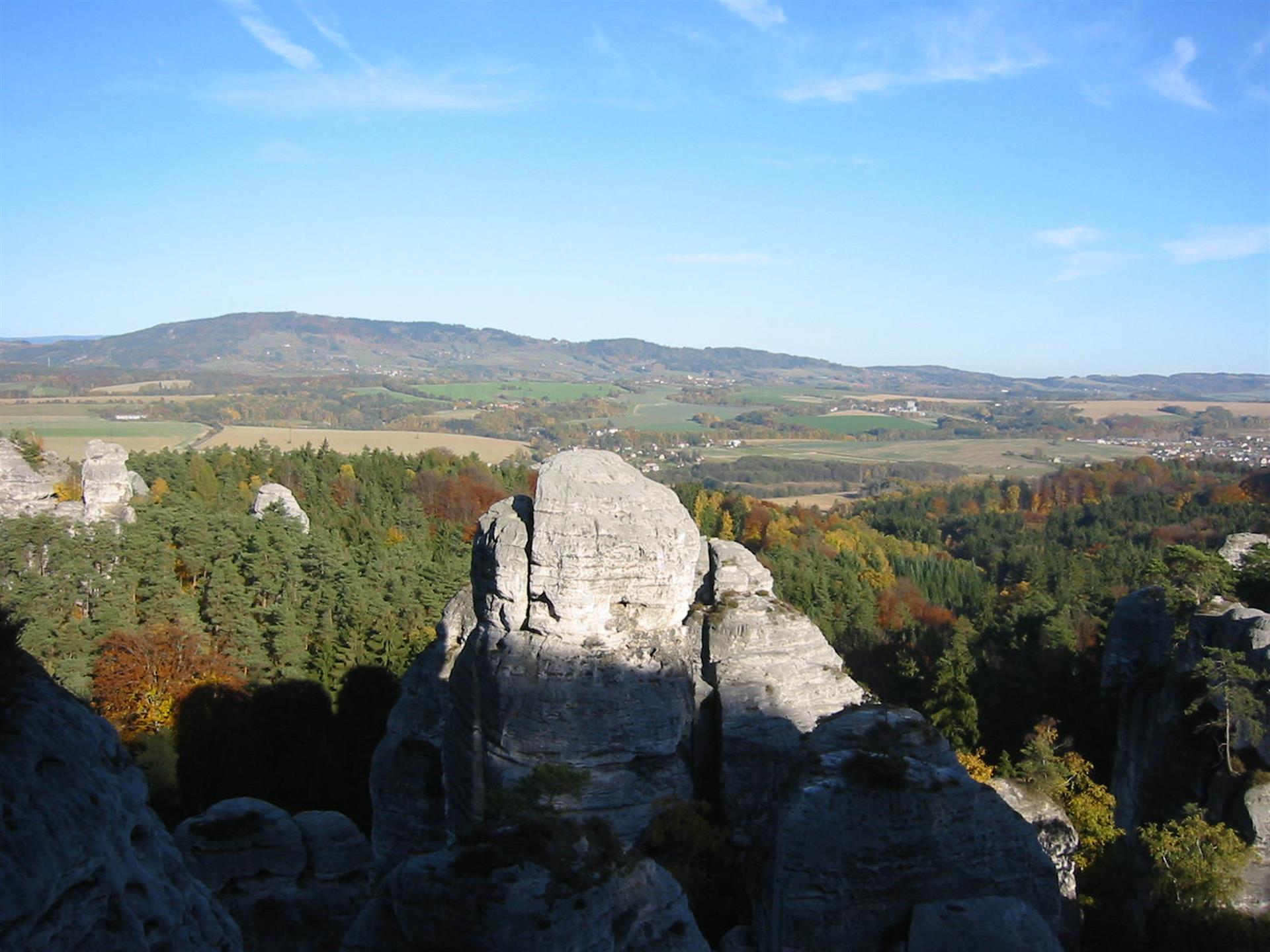 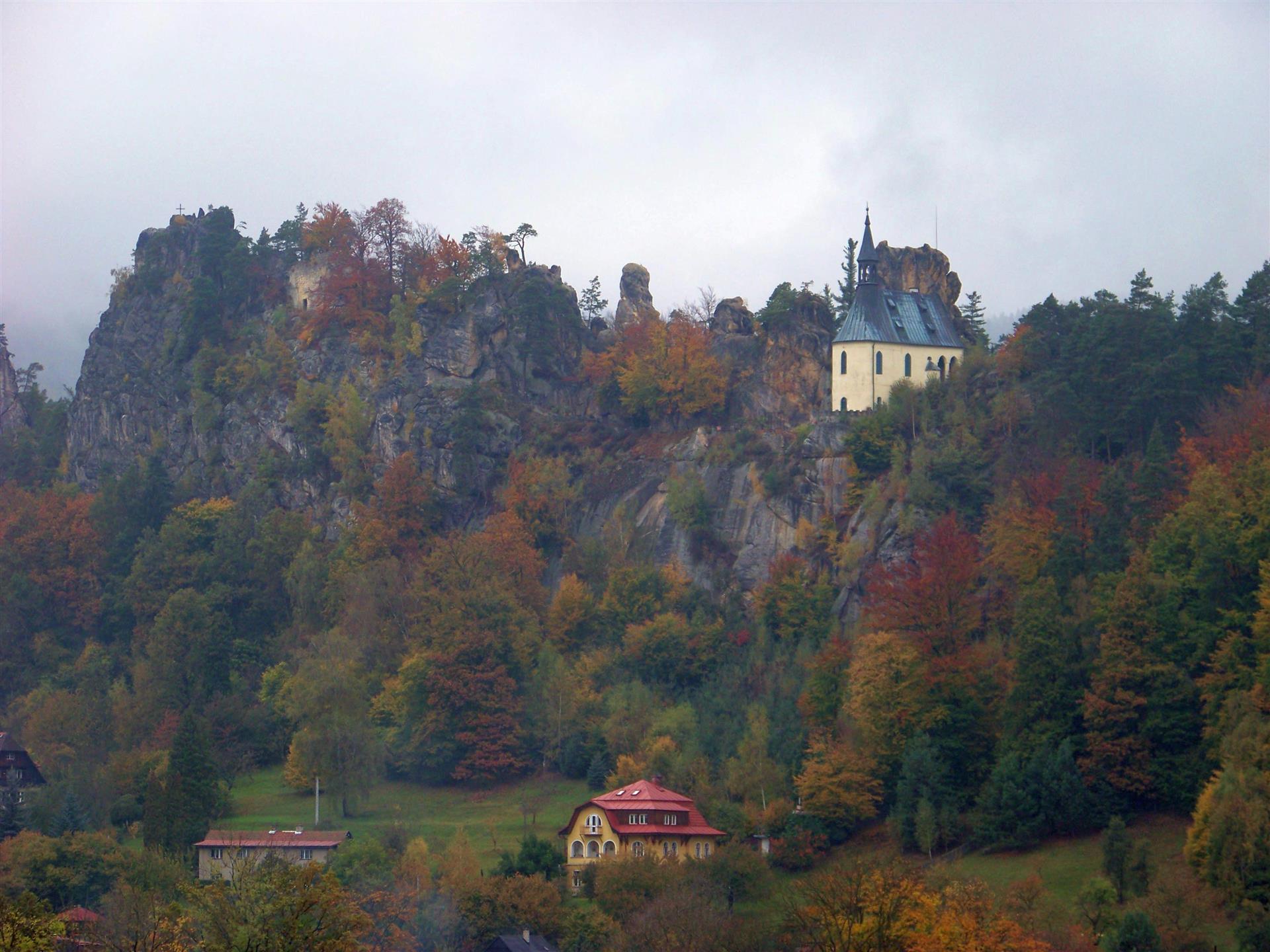 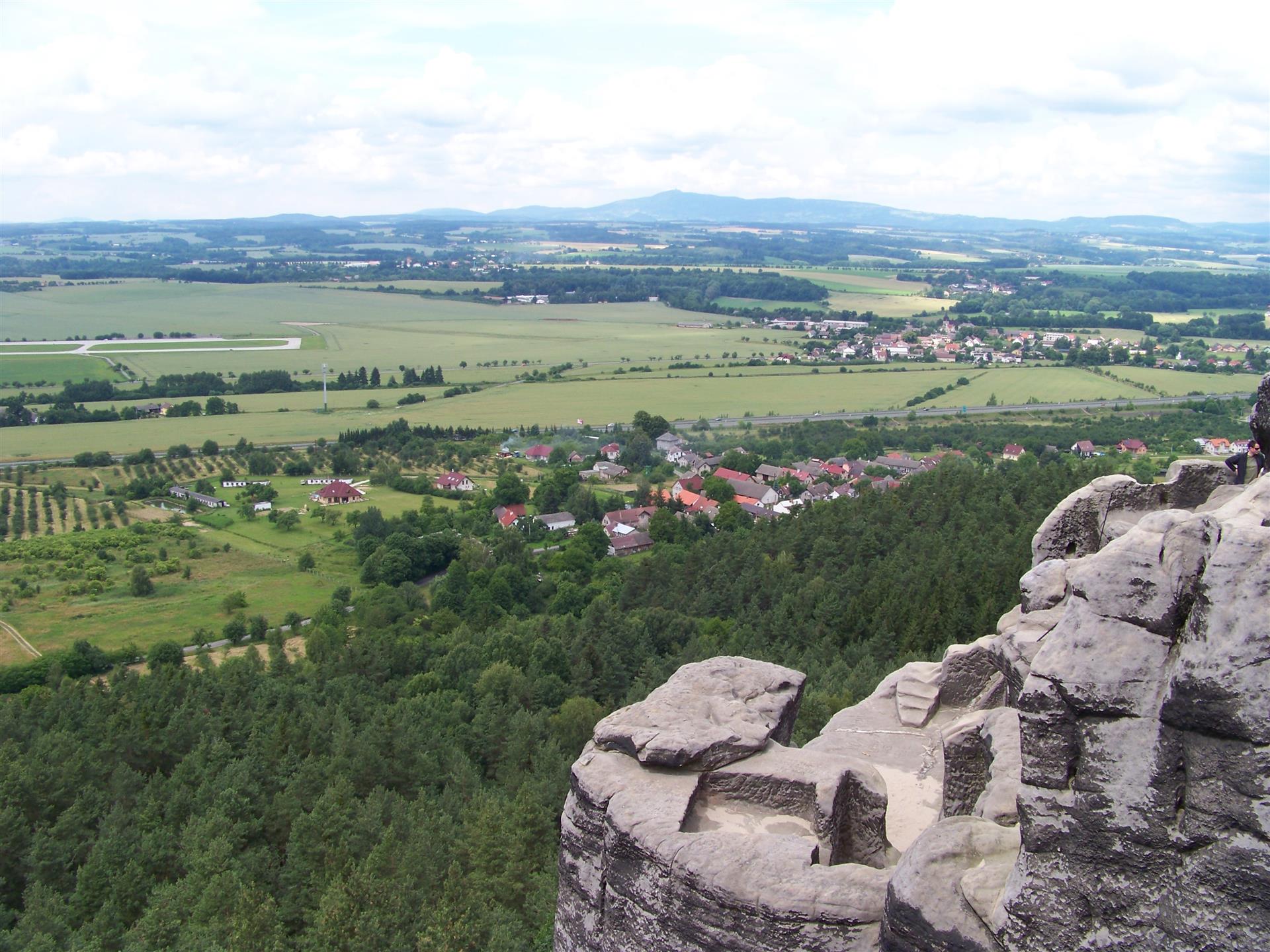 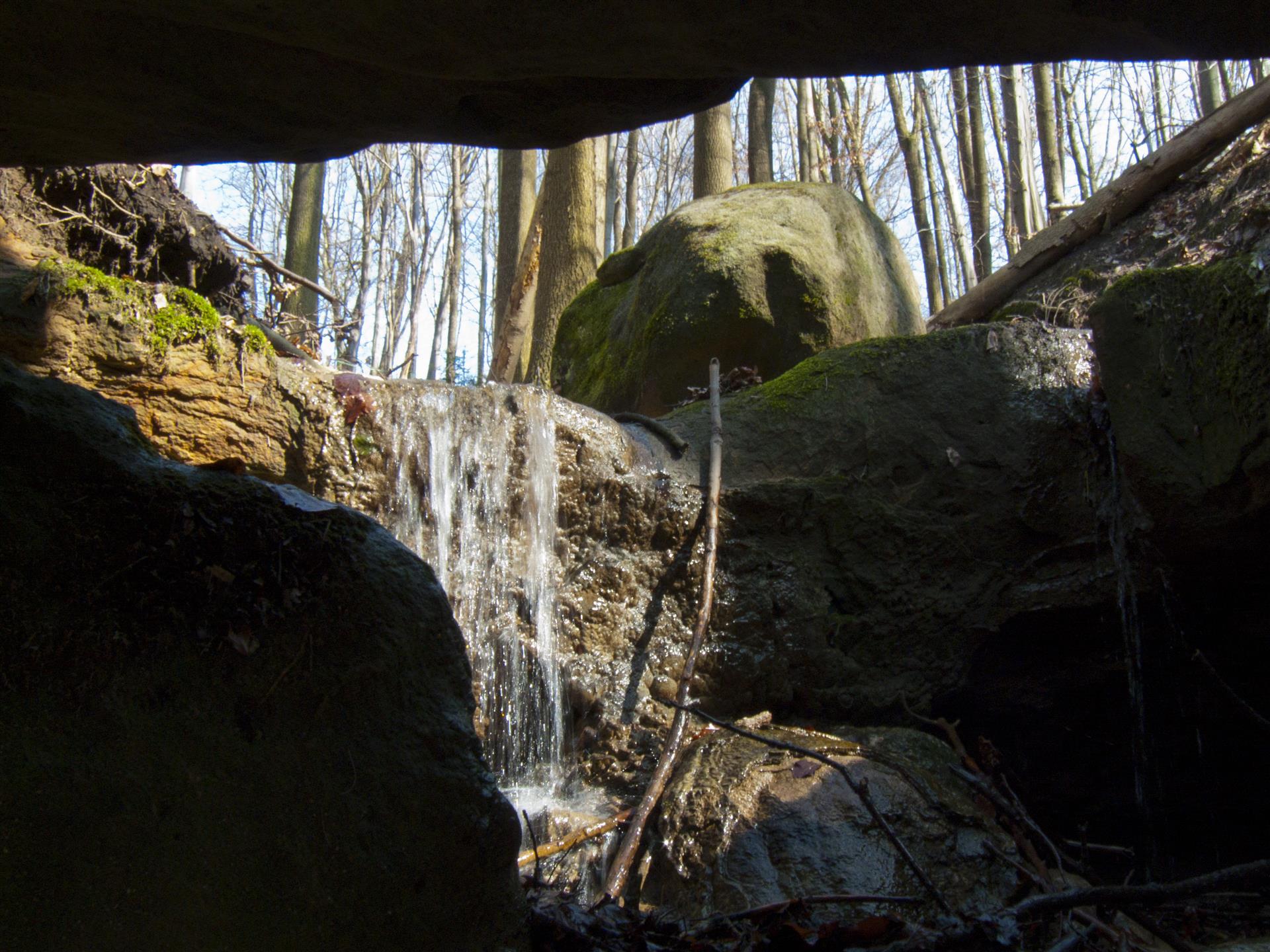 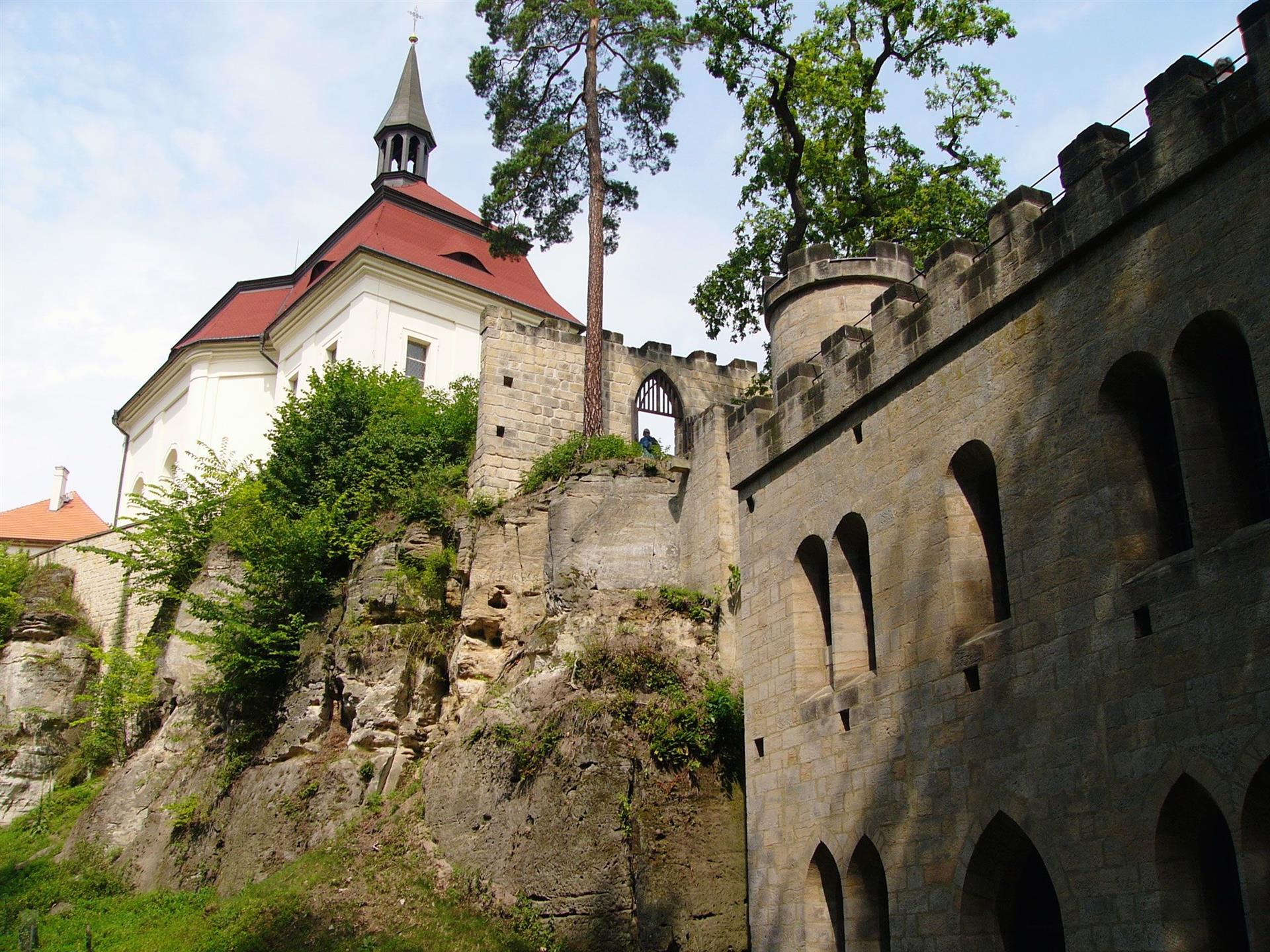